Delivering Festive Cheer to our Community

Our Be A Santa Scheme is now over for another year, but what an amazing few weeks we have had.

We kicked off at the beginning of the month, with a donation point at Marks and Spencer’s in Eagles Meadow.  We were absolutely stunned with the donations that we received over the three days that we were there – it certainly helped us to get into the Christmas spirit for the rest of the month.

We were also grateful to have the support of local organisations including Wrexham County Borough Council and Wrexham Glyndwr University who had donation points in their staff rooms.

Over at our Flintshire office, we were overwhelmed when a local resident arrived with food hampers to be distributed to the elderly in the area – a task that her and her friends and family had been working on because they wanted to give back to the local community.

At the final count, we received just under 200 gifts to distribute around the community in North East Wales – the wrapping was fun!  Thankfully some of our CAREGivers were on hand to help lighten the load!

In the week before Christmas, we packed up the Home Instead Sleigh and over the hills we went to deliver all the goodies to the recipients.  Thank you to the following for making nominations within the community:

As well as individual nominations across Wrexham and Flintshire we were able to deliver presents to Wrexham Maelor Hospital, Deeside Community Hospital, Given to Shine, Wrexham Food Bank and to Jade Evans, who each year delivers presents to the elderly in Connah’s Quay.

We’ve received some lovely feedback from all the volunteers who helped to distribute the gifts and we hope that we managed to raise a few smiles at a time of year that can be difficult for many people.

Be A Santa for a Senior will return in 2020 but until then we wish you a Merry Christmas and a very Happy New Year! 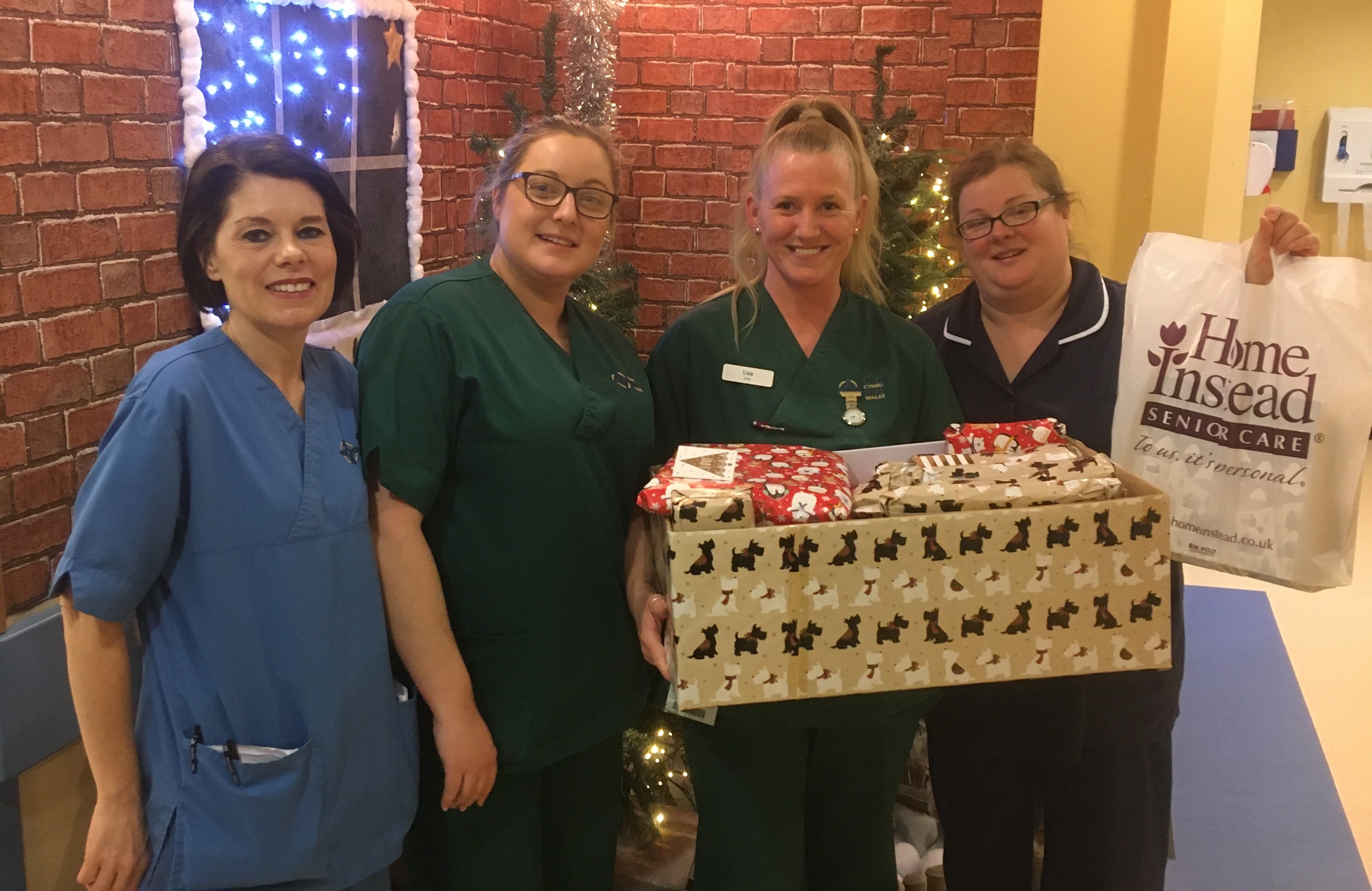