If you’ve driven from our Gresford office into Wrexham town centre along Chester Road, then you’ll have passed the large gateway known as The Four Dogs.   A rather grand entrance way to what is now a modern housing estate, this neo-classical gateway once stood majestically as the main entrance to a much grander residence, Acton Hall.

Acton Hall no longer exists, having been demolished in the mid 1950s however it’s legacy still influences the local area with in terms of street names and pub names etc.

The Hall was originally built by the Jeffrey’s family in the sixteenth-century and passed through several hands before being bought by Sir Foster Cunliffe in 1785.  Sir Foster expanded the estate significantly and the hall remained in the Cunliffe family for 130 years.

Unfortunately, the Cunliffe family were at a low ebb and the hall was vacated in 1917, during the First World War.  The land was put up for sale, however the house itself remained unoccupied.   Between the wars the hall was used as a furniture store, and during the Second World War was used as a billet for US soldiers.  With the fabric of the building slowly deteriorating and no money or resources to restore it, the decision was made by the local council to demolish Acton Hall in 1954.

The symbol of the Cunliffe family was the Greyhound – it featured on the family crest and hence was used as a symbol onto of the gateway.  The original gateway had four wooden greyhounds mounted on the top – one of which can now be found housed in Wrexham museum.

The current dogs that stand atop the pillars were replaced in 1982 when the council restored the gates.  They were made by local art college students using fibreglass and concrete, made with moulds constructed from the original greyhound figure.

You can still experience some of the grandeur of Acton Hall today by visiting Acton Park.   The park comprises over 50 acres of trees, plants and ornamental gardens, as well as a lake.  This would have been Acton Hall’s fishpond!

Do you have any interesting facts or memories about your local area of Wrexham?  If so, we'd love to hear them. Head over to Facebook and share on our Monday Memories post! 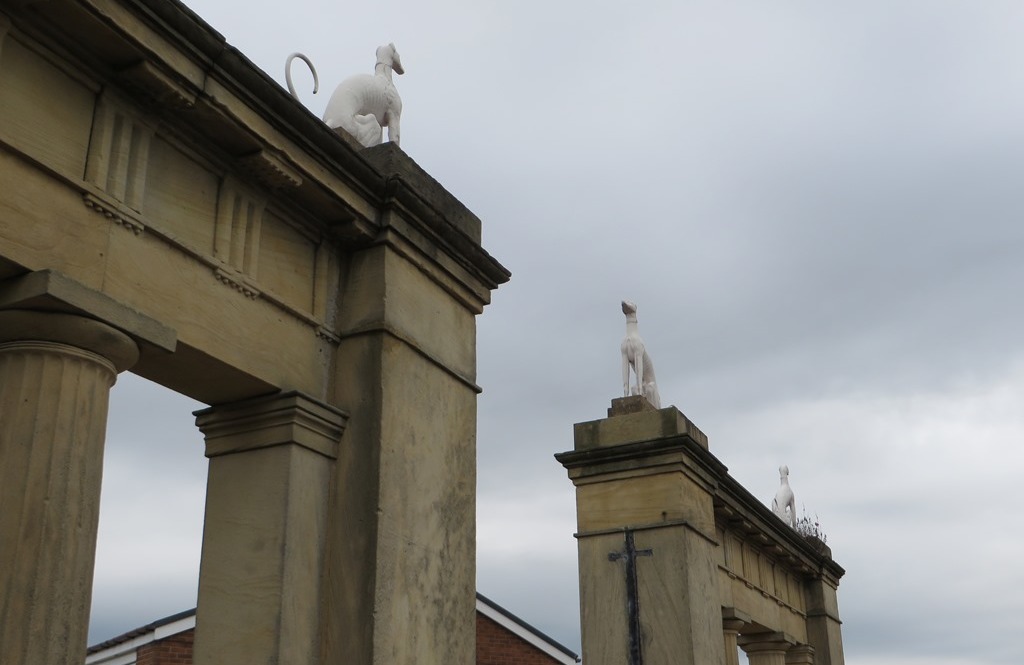