On the 10th March we had the wonderful Adam May from Herts Live come along to our Cafe to check out what we had going on.

We've taken abit of his story to show you all.

Tucked inside a village hall on the outskirts of Welwyn Garden City is an inspiring group aimed at people living with Dementia.

The pop-up dementia-friendly café at Digswell Village Hall, which runs once a fortnight, is a welcoming place that is full of smiles, laughs and positivity.

It helps bring together people in the community that would otherwise be left alone or have no chance to mix with people in a similar situation.

That being said, people of all ages are welcome, and some just turn up for a bit of company and to chat about their week.

It's refreshing to see and the atmosphere is wholesome and joyous with one couple even getting up to have a bit of a dance as gentle music played out around the hall.

The café was set-up by Home Instead Welwyn & Hatfield three years ago and organiser Jane Andrews says the cafe is well-received and can also offer a bit of respite for carers.

She does, however, feel there's still a stigma around the word dementia as families supporting those with the condition struggle to cope.

"Everyone that comes here so far, touch wood, have been here once or twice and keep coming back," said Jane.

"There are times where weeks may be less than others because of illness or hospitalisation, but it’s usually the same people that are coming along and letting others know. It’s word of mouth.

"We do lots of social media advertising and magazine advertising to let people know we’re here and that it’s open to anyone in the community, whether you have a dementia condition or not. I think everyone thinks they’re living with that at home so why would they want to go somewhere else where it’s going on at the same place? They want to get away from it. Sometimes it’s because they just aren’t understanding it.

To finish reading the amazing write up follow the link below. 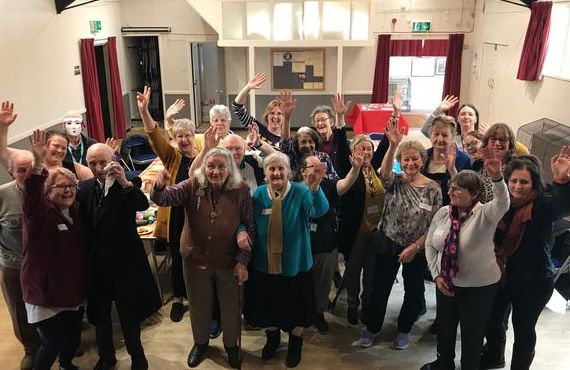