Supporting diversity in our community with CAFC | Greenwich & Bexley

Supporting diversity in our community with CAFC

Saturday, 3rd April 2022, Home Instead Greenwich & Bexley together with Home Instead Lewisham and Home Instead Croydon took part in “Red, White, Black day”, an initiative that has been part of the Charlton fabric for over 25 years. Team Home Instead, consisting 10 Key Players, dressed-up in Pineapple themed colourful outfits were among the 300 people in the parade that started from Charlton Station and finished at The Valley; the parade held to celebrated diversity and inclusion at the Charlton Athletics Football Club.

Fatta, director of Home Instead Greenwich & Bexley and Home Instead Lewisham and Southwark said “Equality, Diversity and Inclusion are the founding principles of Home Instead and we are proud to be working alongside Charlton FC and the Community Trust (CACT) to support diversity in our community”. He thanked Fiona, Jags, Kerrie, Jenny, Lachhemi, Sonia, Vivek, Kay and Bhavin for giving-up their weekend and coming to the event. 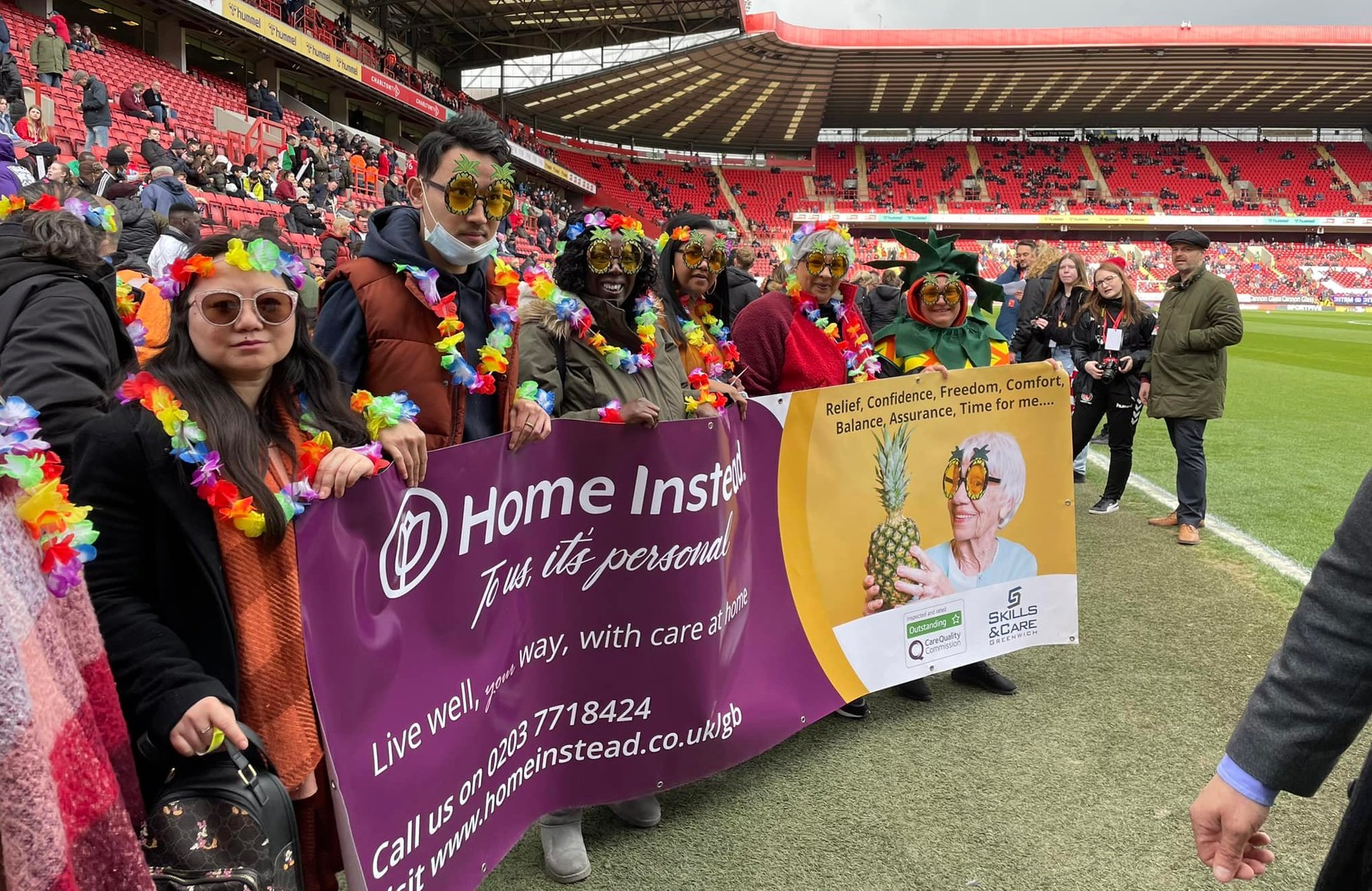