Every year, thousands of professional runners, celebrities, fundraisers take part in 42km long London Marathon. This year, Virgin London Marathon broke its own record and registered a world record total of 414,168 applicants for 2019 London Marathon, of which 52,000 were accepted; with dropouts, there will be over 40,000 runners this year.

One of the runners is our Director, Fatta, who is running to raise fund for The Stroke Association. He has a very personal reason to support this great charity. Two and a Half years ago his mother had two recurring strokes that left her paralised. After witnessing this, he decided to raise fund for the Stroke Association, a charity that not only campaign for better stroke care, but also invests in research and fundraise to expand their reach to as many stroke survivors as possible; Fatta is hoping to raise £2000.00 for the charity.

Fatta is not a professional runner, but he has been a sporty person, played state level armature boxing games in India, played school level football and participated in his school athletics back in 80’s. Fatta is not new to marathon, he had participated and successfully completed Flora London Marathon in 2007 in aid of a charity called Children with Leukemia; he had raise 0ver £1500 for the charity. At 2019 marathon, Fatta being 12 year older and wiser aiming to complete the marathon in about 5 hours’ time.

If you wish to sponsor Fatta to run 2019 Virgin Money London Marathon, you can do this by donating to The Stroke Association at Donate Now 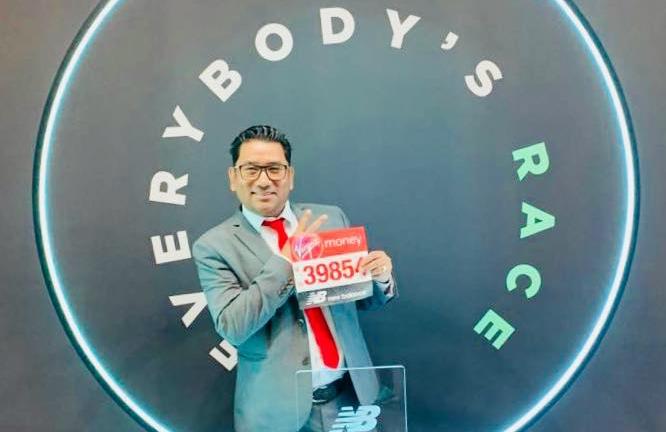