Dignity in care is one of our core values here at Home Instead; every client is entitled to be treated with dignity  and respect in all our interactions with them.

We wanted to ensure that principle was enshrined  in an annual award to a CAREGiver who had demonstrated dignity in delivering care that was a shining example to all our team.

We also wanted  to make the award in memory  of a client as a tribute to them and the care and support we provided over an extended period.

We were very pleased that the family of Patricia Willan gave us permission to make inaugurate an annual award in her name to be called The Patricia Willan Dignity  in Care Award.

We were delighted to present this new award to one of our longest standing CAREGivers - Jules Watts.

Jules has been with us almost since we started in 2014 and has been the lead CAREGiver for one of our longest standing clients during that time.

The way in which Jules has supported that particular client led to her being the first recipient of the new award. Our client is in his mid forties and has high care needs which  Jules has been the key CAREGiver in maintaining over time every day of the week.

It has been humbling to see the devotion Jules has applied to the care for our client and to have recognised that  in some small way by making her the first recipient of this new award  has been our honour. 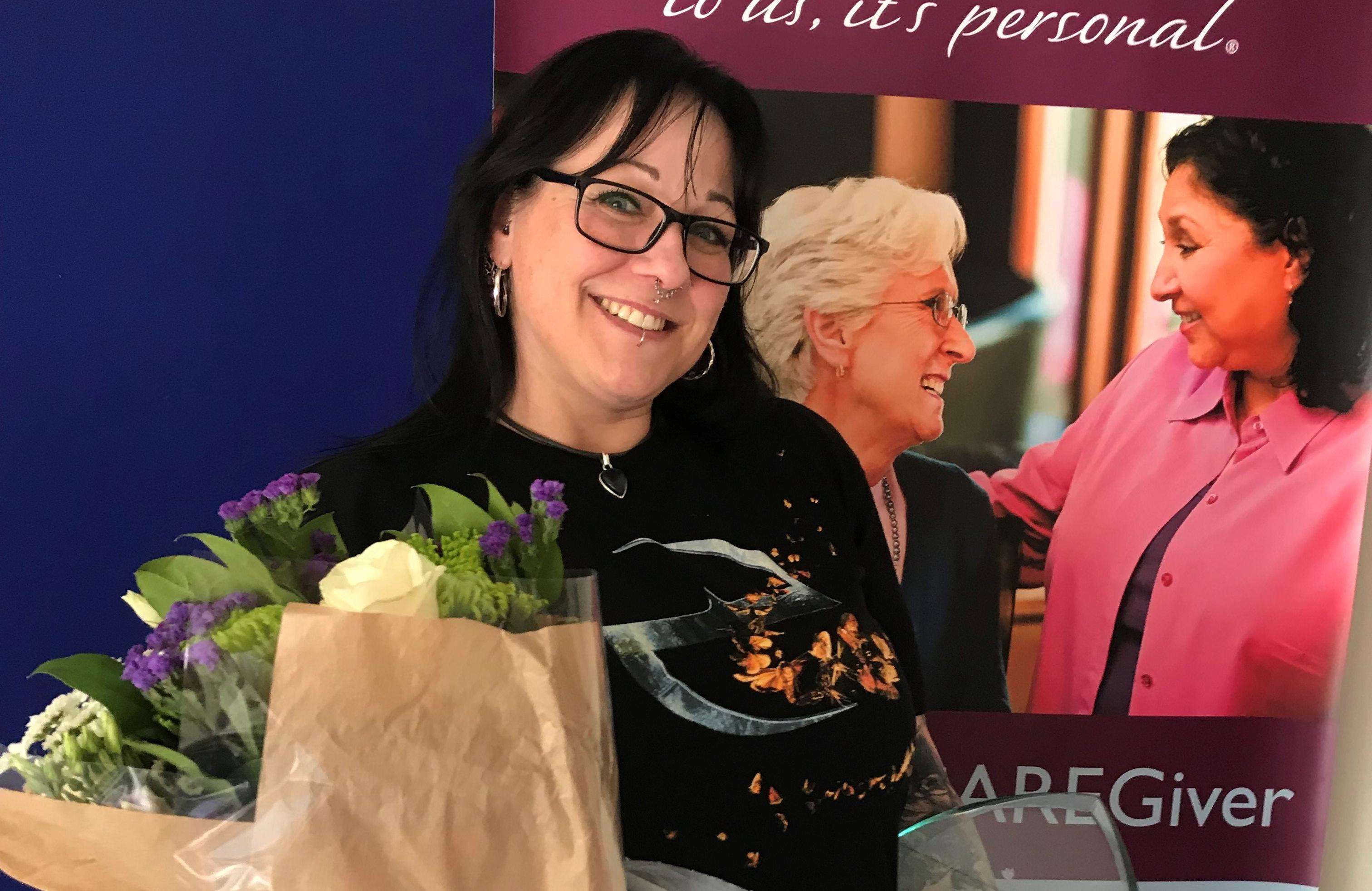