World Alzheimer's Month takes place in September every year and was launched in 2012. The decision to introduce the full month, to contain the existing World Alzheimer's Day – September 21st, was made to enable Alzheimer associations worldwide bring awareness over a longer period of time.

This year the ‘Lets Talk About Dementia’ theme is aimed to encourage people to talk about dementia and help break down the stigma attached to the disease.

2 out of every 3 people globally believe there is little or no understanding of dementia in their countries. The impact of World Alzheimer's Month is growing, but the misinformation that surrounds dementia remains a global problem that requires global action.

So during September, organisations and individuals everywhere will be getting involved and supporting the campaign theme, and will be discussing dementia with family, friends and colleagues.

Dementia is a collective name for progressive brain syndromes which affect memory, thinking, behaviour and emotion. Dementia is the leading cause of disability and dependency among the elderly. Although each person will experience dementia in their own way, eventually those affected are unable to care for themselves and need help with all aspects of daily life.

Dementia affects almost 50 million people worldwide, with a new case of dementia occurring somewhere in the world every 3 seconds. Dementia can also affect individuals under the age of 65 (young onset dementia).

The social stigma is the consequence of a lack of knowledge about dementia and it can have numerous long- and short-term effects, including:

It is clear that the less we talk about dementia, the more the stigma will grow. The aim of World Alzheimer’s Month is to encourage people to play a part in reducing the stigma and improve the lives of people with dementia and their carers in your community. 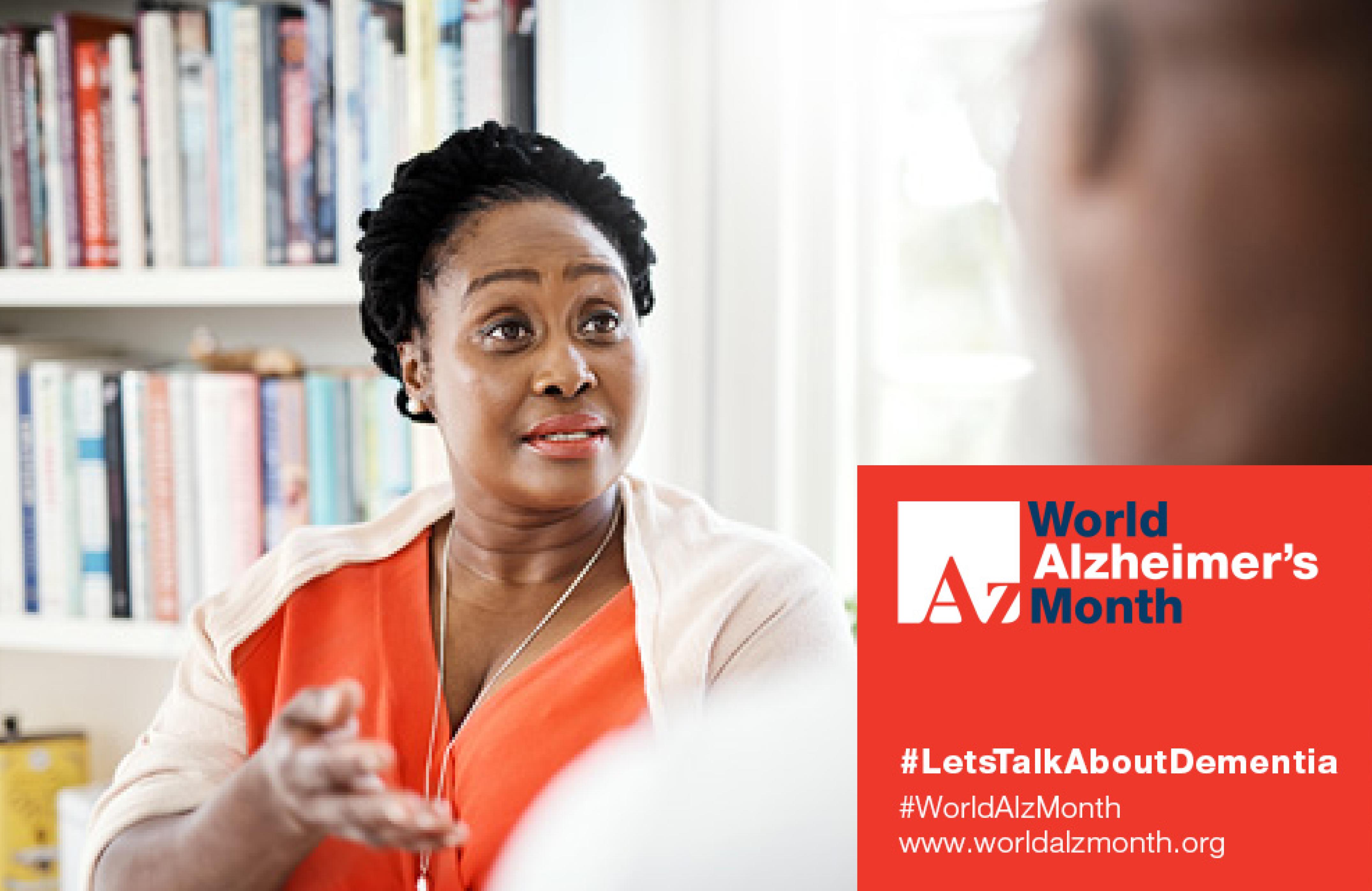