Proud to be shortlisted for LaingBuisson award | National Office

Nominations for this year’s LaingBuisson Awards, one of health and social care’s most coveted, have been announced and we’re thrilled to announce that Home Instead made the shortlist!

Martin Jones, CEO of Home Instead, said: “It is a delight and a privilege for Home Instead to have been chosen as a finalist in these very prestigious awards. Well done to our national team and to everyone in each of our offices across the UK for providing truly exceptional care.” 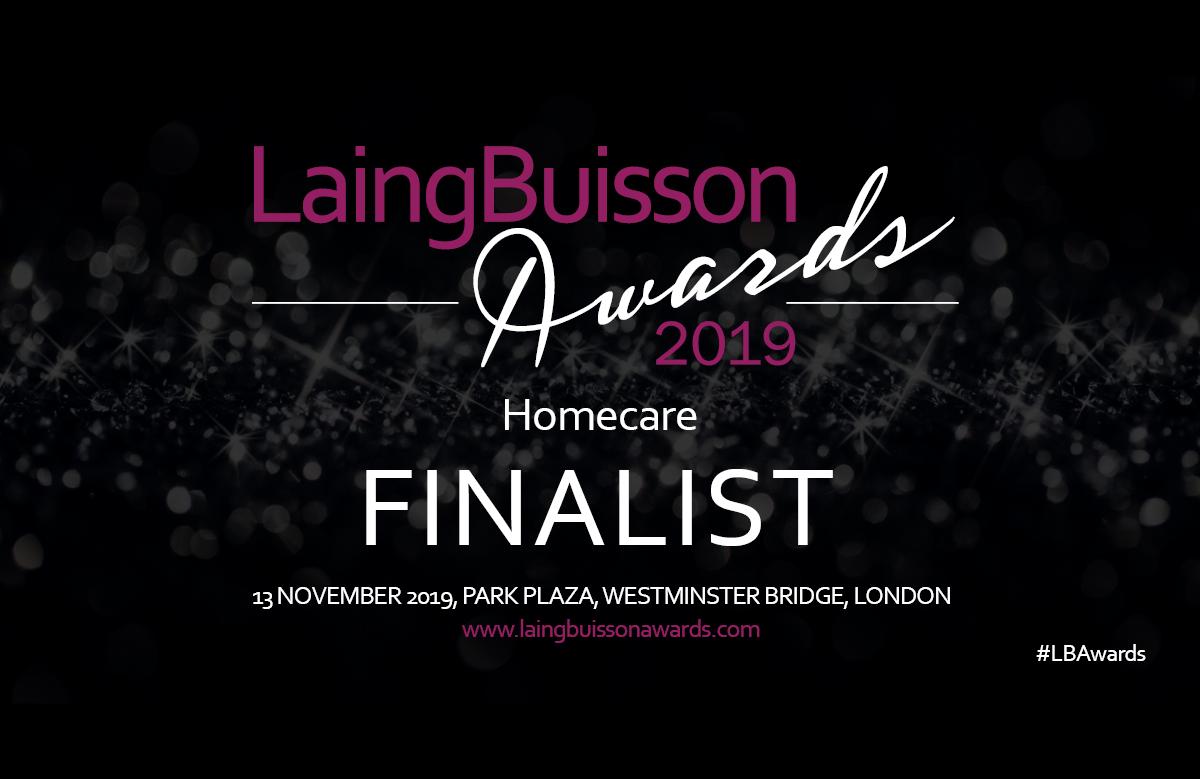