Home Instead, a company specialising in at-home care for older people in Havant has been honoured with a 5 Star Employer Award.

The accolade of 5 Star Employer was awarded by WorkBuzz, an independent company which conducted surveys with Home Instead’s caregivers and staff.

In response to the independent survey, one caregiver employed by Home Instead Havant said, “I believe in the values and ethos of Home Instead. All of the staff at all levels are committed to respecting the dignity and wishes of those they care for so that they can remain as independent as possible at home. Also, all the staff care about each other.”

Home Instead’s caregivers and employees are given access to award-winning training programmes which have been accredited by both City & Guilds and endorsed by the Princess Royal Training Awards. Employees are given opportunity for career progression and are part of a supportive valued-led team, meaning that great care is delivered to clients.

Steven Frost, CEO of WorkBuzz said “The biggest challenge facing many organisations is recruiting and retaining the best talent. We would like to congratulate Home Instead for its high levels of employee engagement. Its positive culture means that most employees are proud to work there, would choose to stay even if they were offered a similar job elsewhere, and are highly motivated.”

Commenting on the recognition his company has received, Mark Gettinby, owner of Home Instead, said, “There’s a lot more to our culture than the way we care for our clients, we genuinely care about our staff too and are incredibly proud to have achieved a 5 Star Best Employer Award.

“This recognition means so much because it was awarded as a result of feedback from our employees. Person centred home care is our business and this acknowledgement proves that it works, not only for our clients, but for our caregivers too.”

This award comes on top of our recent rating from CQC that we are Outstanding in 3 areas. To find out more about the work that Home Instead do in the area, or for details of current caregiver vacancies, call 02394 249683 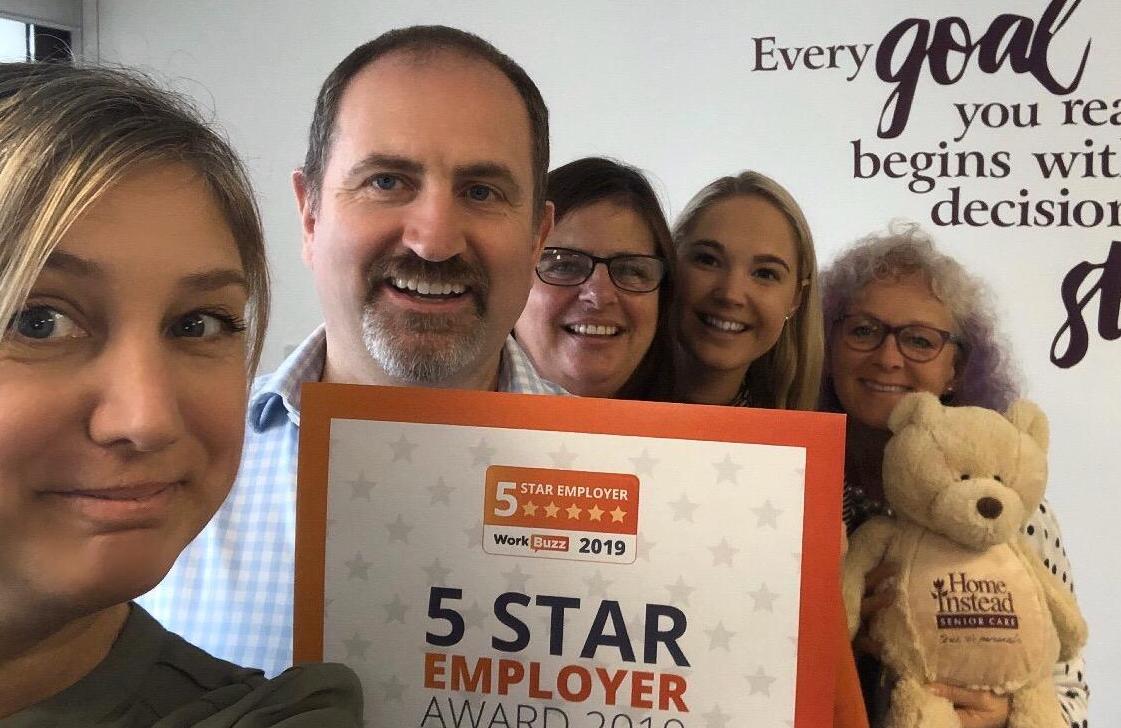