Is there a link between PTSD and dementia?

Is there a link between PTSD and dementia? Can Posttraumatic Stress Disorder (PTSD) increase the risk of developing dementia later in life? With a lot of our wonderful dementia clients being veterans or people who experienced World War II, this is something that a lot of family members ask us about.

What is PTSD and what are the symptoms?

Posttraumatic Stress Disorder, or PTSD for short, is an anxiety disorder that can occur in people who have either experienced or witnessed one or many traumatic events.

The symptoms of PTSD often develop shortly after the event, but they can also appear months or years down the line. It is not uncommon for people with PTSD to experience long periods of time where they have next to no symptoms. And because of this, PTSD can sometimes go undiagnosed. But the opposite is also true - symptoms can be constant and severe at all times and affect someone's daily life.

Symptoms of PTSD can vary widely, but often include the following:

The main treatment for PTSD consists in psychological therapies. These can include:

If symptoms are severe and persistent, then medication might also be recommended. However, treatment can only start after careful monitoring of the symptoms and after obtaining a diagnosis. While it is never too late to reach out and get treatment, the first step is to come to terms with one's feelings and seek professional help. And for many people, this is difficult to do.

If you would like more information on PTSD, head over to the NHS website. And if you think that you or someone close to you might be affected by PTSD, contact your GP in the first instance.

The links between PTSD and dementia

According to an article published in 2010, studies conducted in a US medical centre show that veterans with PTSD are twice as likely to develop Alzheimer's disease than other combat veterans who did not suffer from PTSD. This does not mean that PTSD causes dementia. It is not as straightforward as that.

But what the study showed is that chronic stress in people who had received a diagnosis of PTSD could have had an impact on the later onset of dementia.

The article proceeds to state that:

"There is evidence that chronic stress may damage the hippocampus, which is the area of the brain that is critical for memory and learning

A direct correlation between PTSD and dementia is hard to establish. This is not helped by the fact that a lot of veterans or War World II survivors were not diagnosed with PTSD at the time. Soldiers could often become battle-weary and exhausted - this was called 'battle fatigue' or, more technically Combat Stress Reaction (or CSR).

While some soldiers received immediate respite and support, the war-affected a lot of people in different ways. Let's think about the children who lost their parents during the many evacuations, or through war or raids. Most people did not receive any mental health support or counselling, as that was not common practice at the time.

When you think about it, the motivational phrase 'Keep Calm and Carry On' was coined by the British government in 1939 in preparation for World War II. Posters were distributed everywhere to raise the morale of the British public, threatened with widely predicted mass air attacks on major cities. The message was loud and clear - people were expected to continue with their lives no matter what. So it's easy to assume that some PTSD symptoms may have been brushed under the carpet.

Unfortunately, when undiagnosed and untreated, in extreme cases, PTSD can cause permanent damage to the brain. This is because the person lives in a hyper-aroused (or stressful) state. It is not uncommon for our CAREGivers to witness dementia patients becoming distressed and agitated when inadvertently reminded of war-related situations or times when they might have experienced a traumatic event that they could not deal with. The fact these clients do not have a PTSD diagnosis on their medical record does not mean that they did not experience a traumatic event earlier in life. It could just be that no one is aware of it.

Some of the risk factors that do increase the likelihood of developing one or more kinds of dementia include:

If you would like to find out more about dementia, head over to our articles:

If you're looking for help in caring for an elderly family member who is suffering from dementia, get in touch. Give us a call on 0208 0223276 or fill in the form on our website, and we will be in touch for a free care consultation to discuss your individual needs. We're here to help! 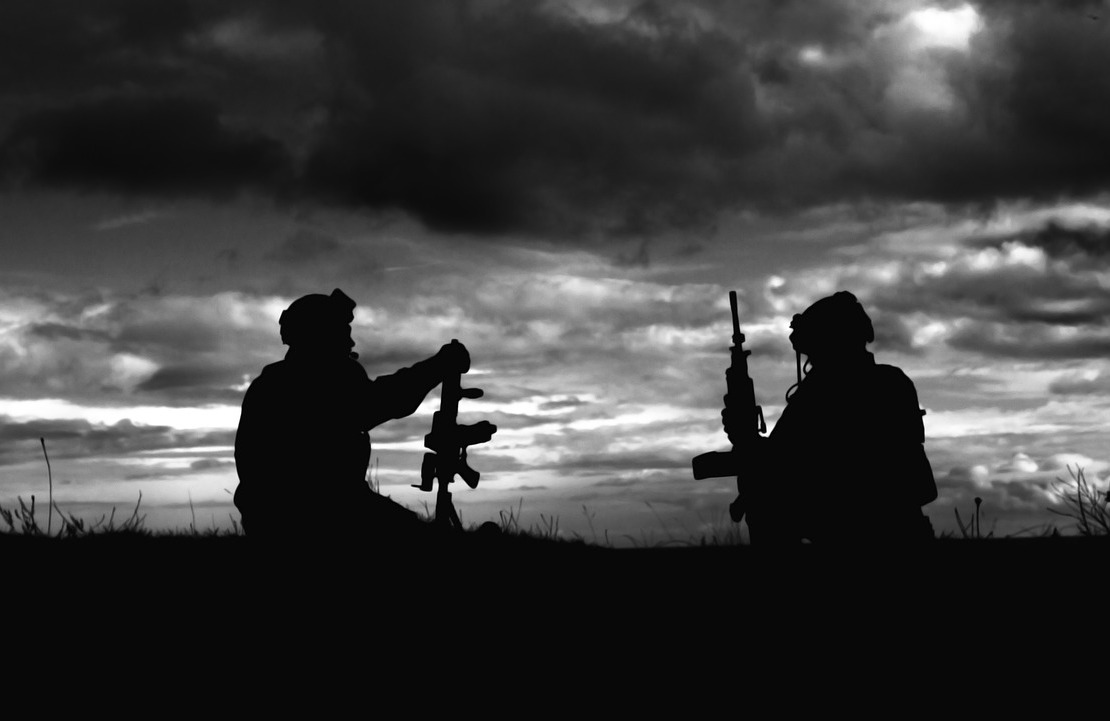