Simon knew his skills were in building an existing business, so when he looked to work for himself a resale was incredibly attractive to him. The skills he’d honed in his career supported him in growing his Home Instead resale.

A team of runners took to London’s streets on Sunday 3rd April, raising an impressive £20,000 for Home Instead Charities UK, by taking part in the London Landmarks Half Marathon.

The 19 Home Instead runners were made up of Home Instead franchisees and key players, members of the National Office team as well as supporters who really believe in our charity’s purpose.

The team had set an ambitious fundraising target of £10,000 and were joined in London by the charity’s Executive Director, Penny Hamer who cheered on the runners as they crossed the finishing line.

Speaking about the team’s efforts, Penny said, “I am absolutely bowled over by the money raised, it is the largest single contribution from a fundraiser that we have ever seen going into the charity’s reserves.

“The money raised will be used to fund activities that keep ageing adults happy, healthy and connected to their local communities with a particular focus on maintaining wellbeing and addressing loneliness and isolation.”

Many Home Instead franchisees fundraise for the foundation which goes on to fund activities throughout their local area, including memory cafés, dementia workshops and fun day trips.

One of the charity’s trustees, Clare Jefferies who owns Home Instead’s Wimbledon and Kingston office, and was the ringleader for the event said, “We all trained so hard for this race and are delighted to have received so much support from our friends, families and work colleagues.

“Only a few of us had ever taken part in a race of this nature but we were well prepared. The atmosphere on the day was electric and the weather was probably ideal – sunny but not hot.

“We clocked some good times so I’m really proud of the team. I’m just grateful that so many colleagues from Home Instead stepped up to take part for such a wonderful cause.

“The funds raised will make a huge difference to a number of grass roots organisations and charities as they work to support ageing adults.”

To make a donation  to the London Landmarks Half Marathon fundraiser,  please visit https://www.justgiving.com/campaign/HICLLHM. You can also visit the charity’s website https://www.homeinstead.co.uk/charities/.

For anyone wishing to take part in one of the charity’s upcoming sporting challenges, please email Fundraising Manager [email protected]. 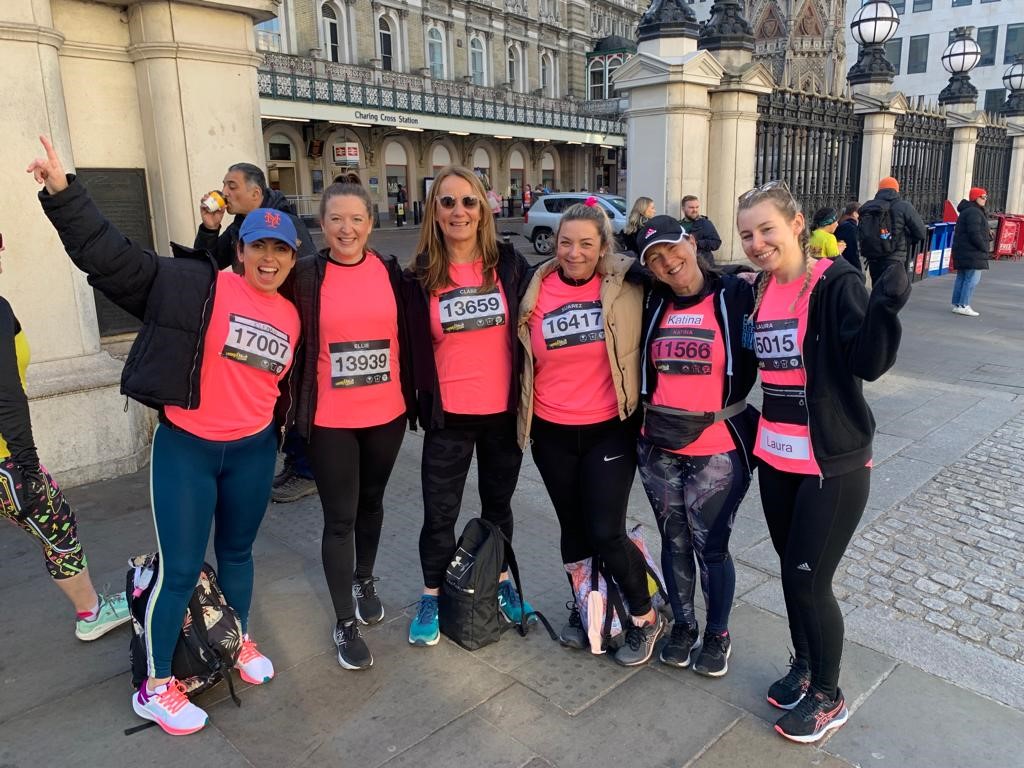