Home Instead continues to set the highest standards.

Our commitment to providing the best possible service to our clients and franchisees has led to us achieving national recognition in the UK through several awards. These awards include business, franchise and care and acknowledge the importance we place on our people, the quality of care provided by our franchise teams and our franchise model.

Recognition of a Great Business

The highest accolade for business success was granted to Home Instead when we received the Queen’s Award for Enterprise in recognition of our bespoke, relationship-led care model.

We have also twice been named as one of the Sunday Times 100 Best Small Companies to Work For.

Our Care Professional training was recognised in 2016 when we received an inaugural Princess Royal Training Award, for our bespoke dementia training for CAREGivers. We received the award again in 2019 in recognition of our end of life training.

Over 25% of our franchise offices in England are rated as ‘Outstanding’ by the Care Quality Commission (CQC), England’s care regulator. As such, we have more Outstanding ratings than any other home care provider. Only 2% of care providers nationally have attained this rating.

Our offices in Scotland, Wales and Northern Ireland have received excellent reports from their respective care regulators.

We were also named the number one most recommended home care company in the Home Care Awards 2018 and again in 2019 each based on nearly 10,000 independent reviews by clients and their family and friends. It demonstrates we are doing the right thing for our clients and our franchisees and their teams are recognised for the work they’re doing.

Recognition of a Fantastic Franchise Model

In the franchise arena Elite Franchise ranked Home Instead as the number one UK franchise in its league table. The award looks at financial performance, heritage, contribution to the community and innovation. We were also awarded the bfa Franchisor of the Year in December 2020. 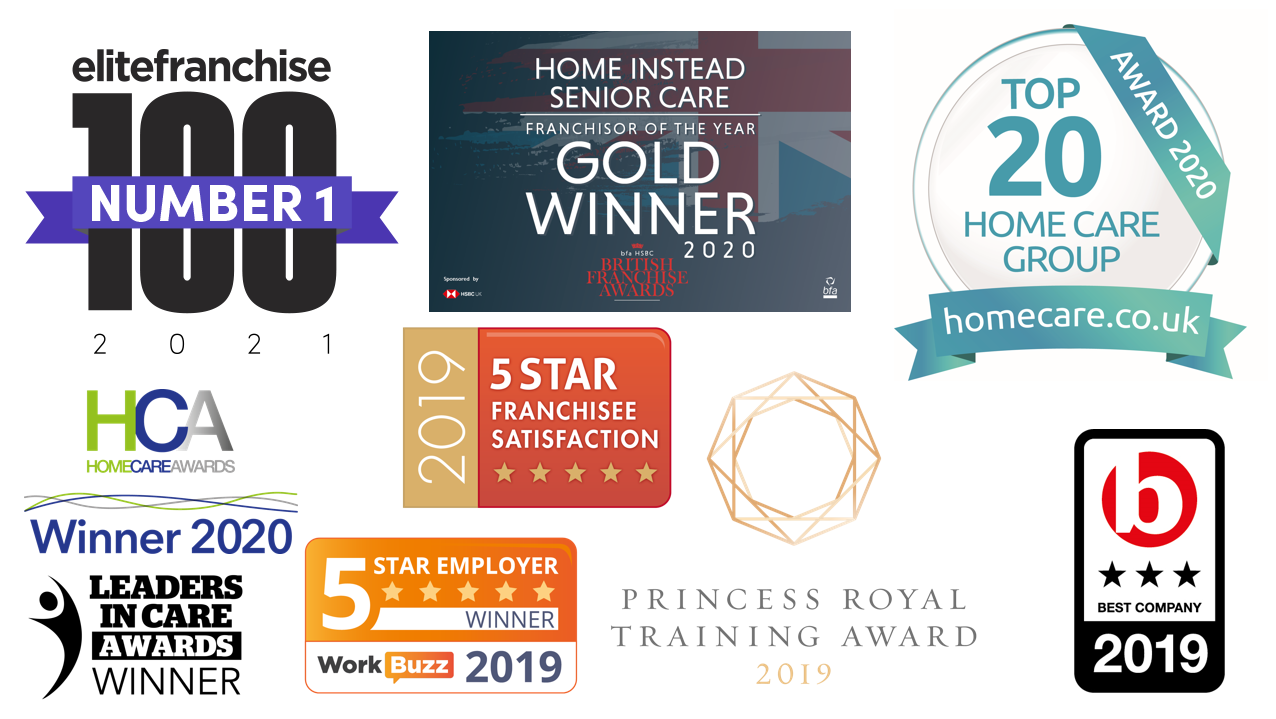