Alzheimer Scotland’s Memory Walk are family friendly walks which bring thousands of people together across the country.

On Sunday 1st September 2019, some of the Home Instead Staff from Renfrewshire & Barrhead office, joined together and took part in the 4K memory walk which was held within Kelvingrove grounds, Glasgow. The turnout on the day was more than Alzheimer Scotland had imagined, there was young adults, mature adults, kids, families, even DOGS to support Alzheimer Scotland on the day! They provided everyone with water and a healthy snack before and after the walk. T shirts were on sale on the day along with "Memory Walk" memorabilia, face painting, balloons, zumba (to warm us up before hand), a choir, music etc. It was a fantastic day, even the weather surprised us - forecast for rain but there was sunshine all the way.

All our fundraising and donations will help Alzheimer Scotland to make sure nobody faces dementia alone.

Each person that walked will have had a similar reason to do so; they’re walking for someone they care about. This could be a person currently living with dementia, a carer or in memory of someone; but Memory Walk is the opportunity to celebrate your family and friends. Since the series launched Memory Walk have raised an incredible £550,000 which has gone towards providing a range of supports across Scotland for people with dementia, their families and carers.

Each year, they hope to increase the amount raised. This year, they had no minimum sponsorship target but were thankful for any amount raised. Dementia is the biggest health and social care challenge faced by Scotland today. There are around 90,000 people living with dementia in Scotland and by the year 2020 there will be more than 1 million people living with dementia in the UK. Their aim and our aim is to put dementia firmly at the heart of our communities and to make sure that nobody faces the illness alone. 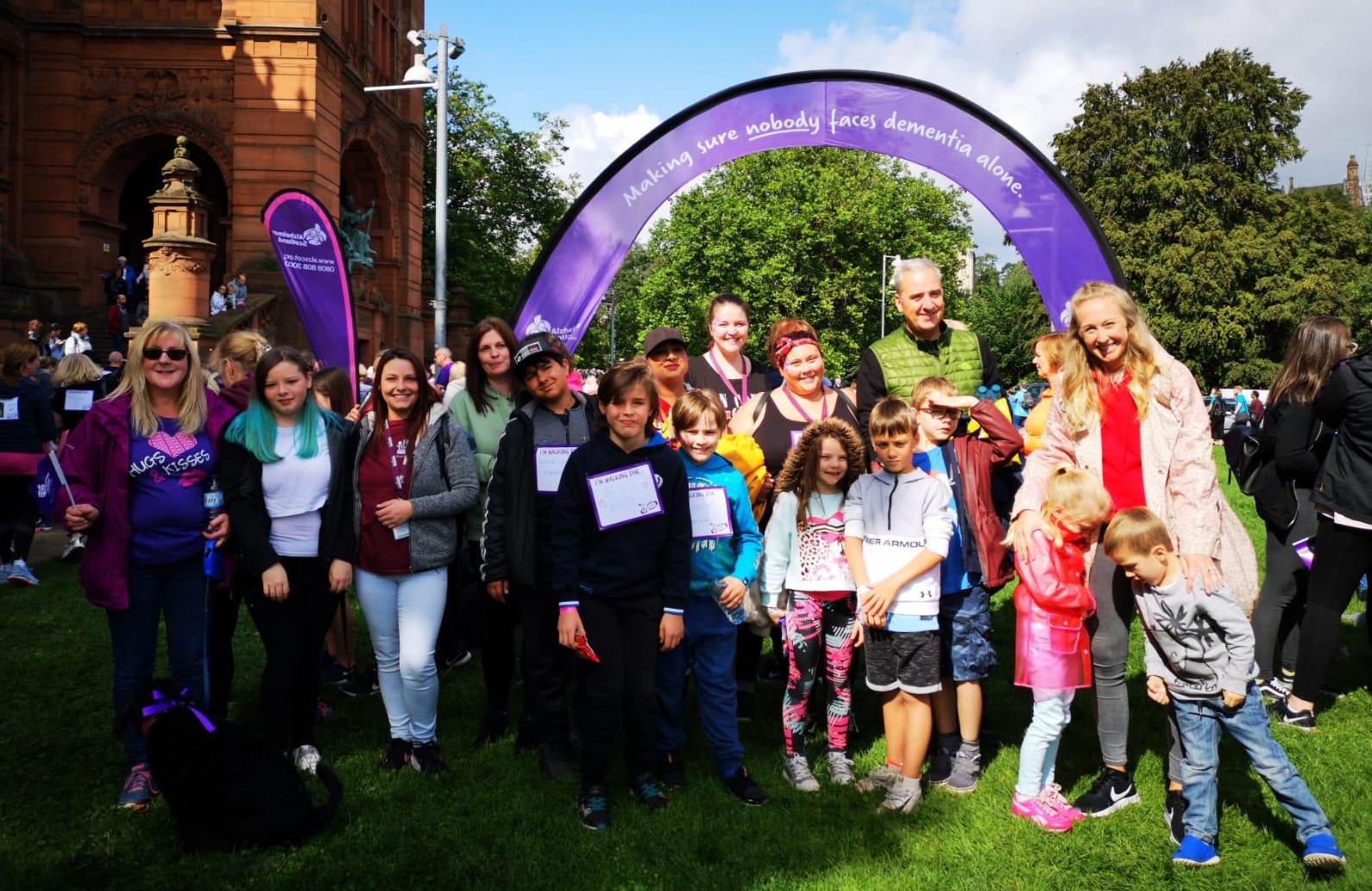