Plaques to turn the spotlight on ageism

We’re excited to reveal that some of the UK’s unsung heroes have appeared on plaques alongside some of the country’s most famous historical figures as part of our campaign tackling ageism.

We created the plaques based on winners from our ‘Purple Plaques’ competition which showcased the achievements of remarkable older people.

Overnight across the UK we hung the plaques temporarily next to existing heritage plaques honouring figures such as Charles Dickens, Emmeline Pankhurst, Mary Seacole, Charlotte Brontë and Captain Scott.

The public reacted positively to the new plaques and the ordinary people they celebrate. Take a look at our film showing the plaques being secretly installed and the public’s reaction and an article in the Daily Mail about it.

Some of those honoured include:

Rhona Dunn - a devoted volunteer who taught literacy and numeracy in prisons. Her purple plaque was put up next to writer Charlotte Brontë’s blue plaque in Manchester. It was at this location, Boundary Street West, that Brontë began to write her first successful novel Jane Eyre.

Peter Davies - a pilot who was shot down and escaped from behind enemy lines during the Second World War. His purple plaque has been put next to a blue plaque in Cardiff dedicated to the Antarctic explorer Captain F Scott.

Edna Milton - a dedicated hospital campaigner. Her purple plaque was put up next to a blue plaque in Manchester which celebrates the life of Emmeline Pankhurst - the founder of the Suffragette movement.

Lee Chapman, Home Instead’s Director of Brand & Marketing said: “This campaign is all about highlighting the issues with ageism we have in this country. And it became very apparent, as we travelled around the UK installing our Purple Plaques, that many people in Britain think more needs to be done to counter age bias and recognise that older people bring so much to us as a society.” 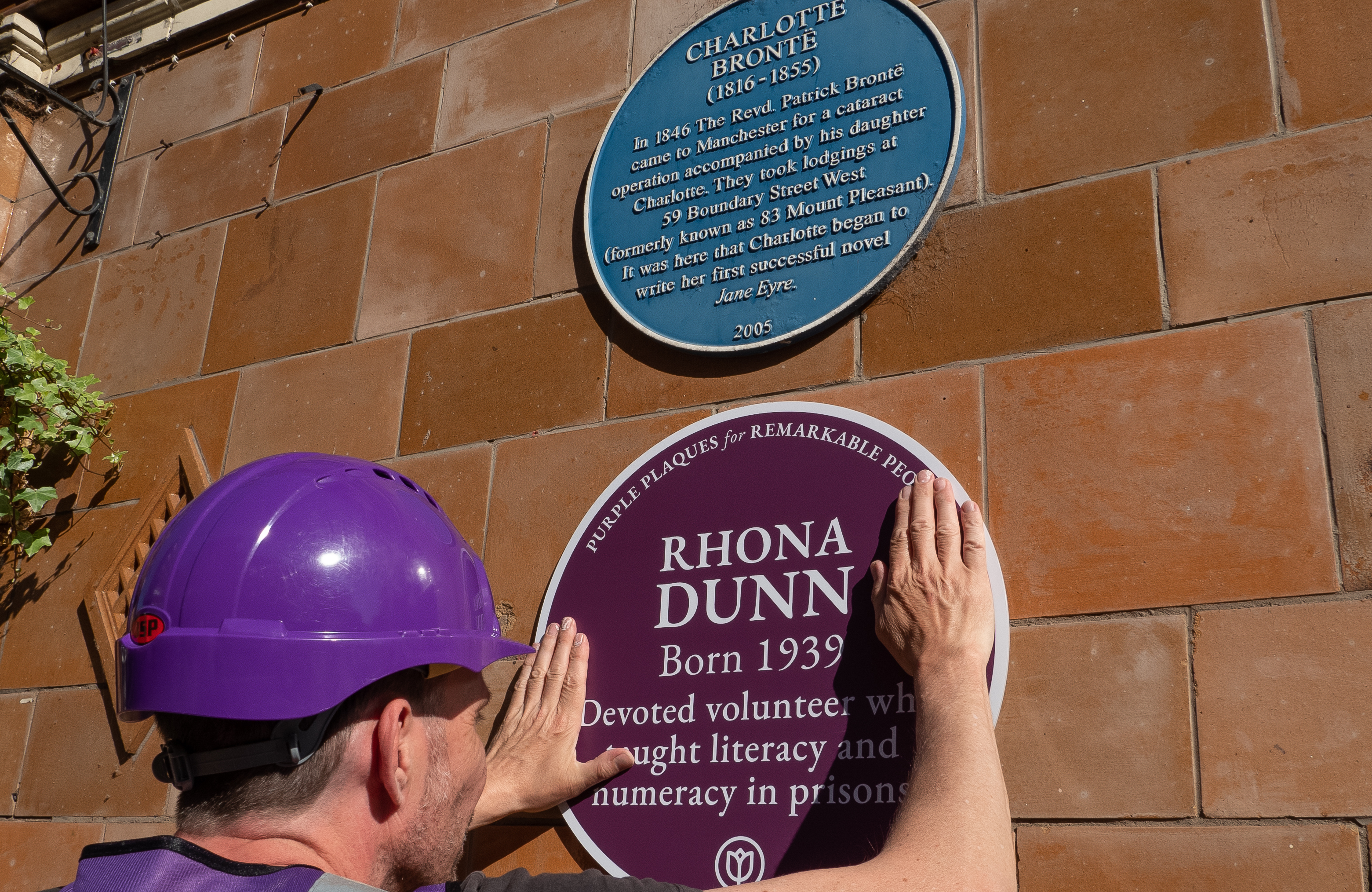