Thursday July 25th the usual crowd met up for their weekly walk and litter pick along Felixstowe beach. The crowd was larger than usual as this walk had a very special meaning. Neil, the organiser of this event had recently lost his wife to MS, a battle she had faced with bravery, strength and always with a smile on her face. (She never lost her sense of humour). Despite his grief Neil decided to complete the weekly walk in her memory.

Linda had lived with MS for some years and was supported by her husband Neil. Linda worried that Neil didn’t get out of the house enough, so encouraged him to get out more. Neil decided to organise weekly litter walks along the beach which took place every Thursday. After a few weeks the numbers grew and friendships soon developed. Even the wind, rain and snow couldn’t stop them and Felixstowe beach was a lot cleaner because of them. Now whilst Neil was on his walk, he had organised for Home Instead Ipswich, Woodbridge & Felixstowe to provide both care and companionship for Linda. Linda had three CAREGivers who cared for her over the four years she was with Home Instead and wonderful relationships were formed with all.

Both Neil and Linda became part of the Home Instead family and though our thoughts are with Neil right now, Linda will never be forgotten by those who were privileged enough to have met her.

Below one of our CAREGivers shared her thoughts about Linda.


“Our relationship was very special from the start, somehow, we just clicked like we had been friends our entire lives. I think one of the first things I remember on my first visit was Neil saying “she can’t do much but she can talk! This of course made us all laugh. Linda was an amazing lady with such inner strength and bravery, her only concern was Neil”.

“Linda was so pleased that he was getting out meeting people on Thursdays. She would wait for Neil to leave and then say “breathe” as he used to talk and laugh a lot and she would say it was like having two naughty children in the house with me and Neil”.

“Some of our times we shared were difficult and Linda would talk through her feelings but then straight away would say “that’s enough now” and then would ask to take selfies with my funny phone app.

The last time I visited her, she said “thank you, I’m so glad to have known you, I’ve loved spending time with you it’s been so much fun”.

“I will always remember Linda, and smile, because that’s how she made me feel”. 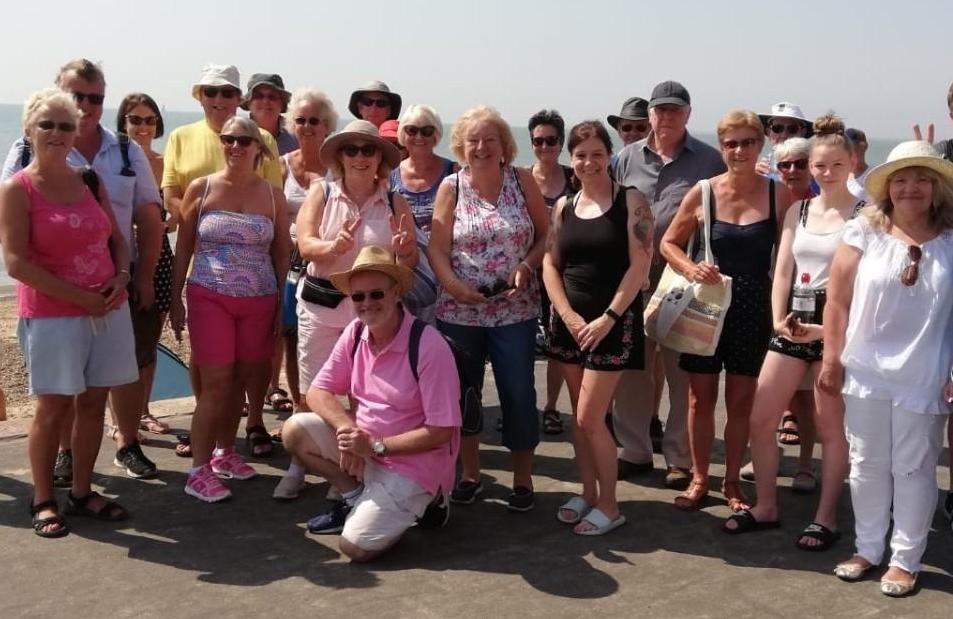