Home Instead Have their own WINNER

Home Instead CAREGiver Dawn Richardson is set to run the London Marathon and has raised more than £2,250 for Asthma UK.

Dawn is an asthma sufferer herself and wants to inspire all other 'non-runners' to take on the challenge.
She was accompanied for a mile around the stray by local runners and supporters with less than a week until the race.
Dawn Richardson, a CAREGiver at Home Instead, is running the London Marathon on Sunday for Asthma UK and also in memory of her mum, who passed away in 2006.

Both Dawn and her mum were asthma suffers, so the charity is one that is close to her heart, but she is also keen to inspire other 'non-runners' to challenge themselves:
"I want to show everyone that as a non-runner several years ago, I've come from nothing to hopefully being able to run the London Marathon on Sunday.

"If I can do it, everybody can do it. It's a case of anyone can do what they set their mind to do."
Dawn completed a mile around the Stray in Harrogate along with a team of supporters, including some from her running club Knaresborough Striders, as the marathon draws closer.

Sheena Van Parys, Director at Home Instead, believes the commitment shown to run the London Marathon says a lot about the character of Dawn as a person and as a CAREGiver:
"I think this shows that Dawn is committed in everything that she does, she's been training now for months as well as working as a CAREGiver. She always gives 100% in everything that she does.
"We're all backing her in this great race that she's doing on Sunday down in London and we'll be supporting her all the way."

Home Instead Harrogate, Ripon and Thirsk provide award-winning care at home services for elderly people.
The company pride themselves on the quality of care provided by their 'CAREGivers', like Dawn, who not only establish and build relationships with clients whilst providing care, but also monitor changes that might affect health conditions.
For further information about our services here at Home Instead, Please call our office and speak to one of our Team on 01423 774 490 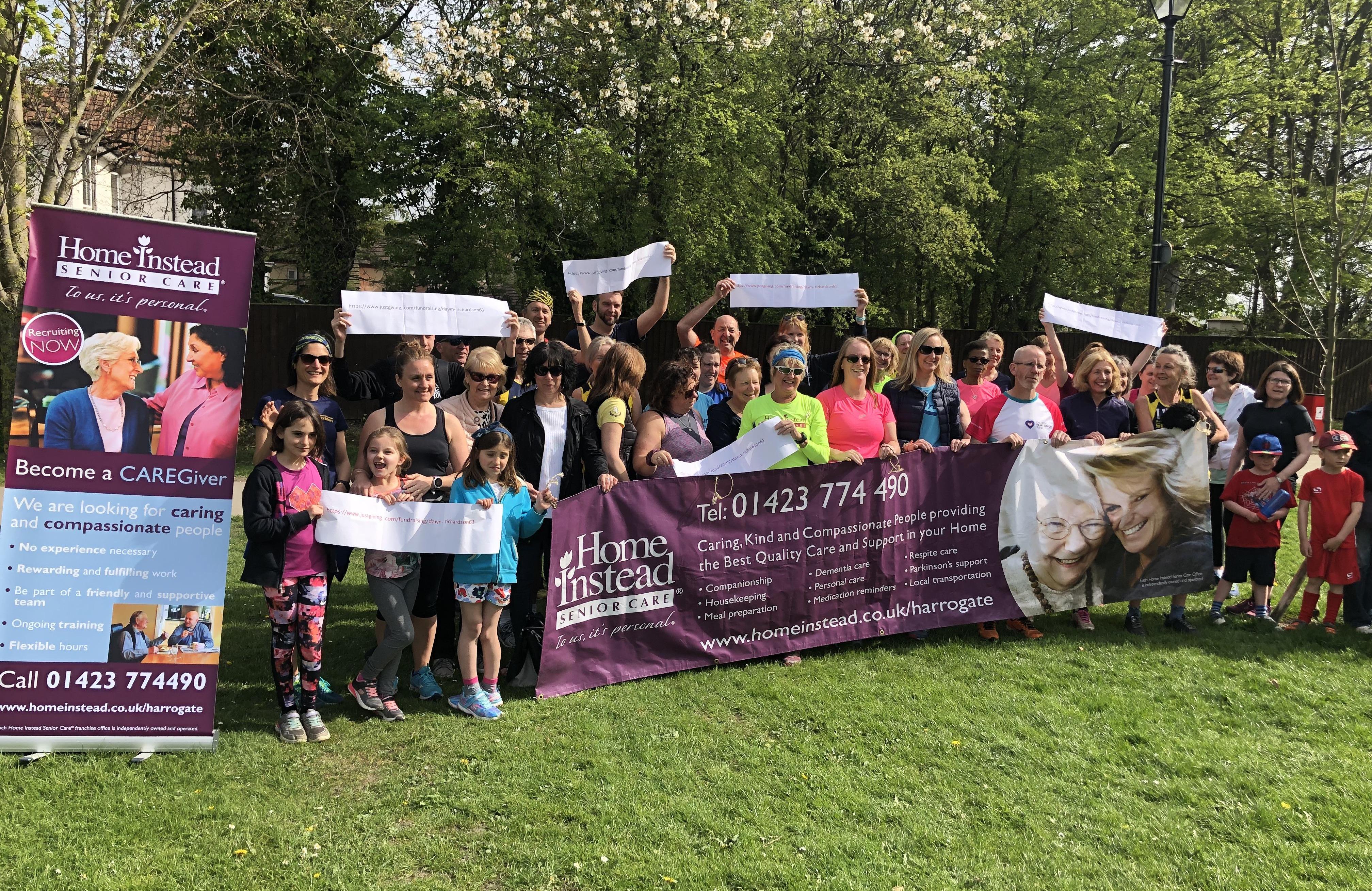