A Hoppy Easter Delivered by Home Instead

Home Instead were delighted to be invited to join the friends of Arthington Court, Harrogate at their annual Easter afternoon Tea.

Home Instead kindly donated two beautiful hampers that were won by 2 of the residents that live at Arthington Court along with beautiful iced cakes for everyone to enjoy with a cup of tea.

Lisa Stirk, from Home Instead went along and joined in the festive fun with an amazing turn out of both residents, family and friends of Arthington Court.

Many thanks were given by Diane Fowler, House Manager at Arthington Court for the continued support from Home Instead.  Lisa was asked to help with giving out an Easter Egg to every resident.  There were donated as a huge 'Thank You' by a resident who had received amazing support from her friends and neighbours after a fall late last year.

A wonderful time was had by all and everyone went away very happy and very full, especially the winners of the two hampers. 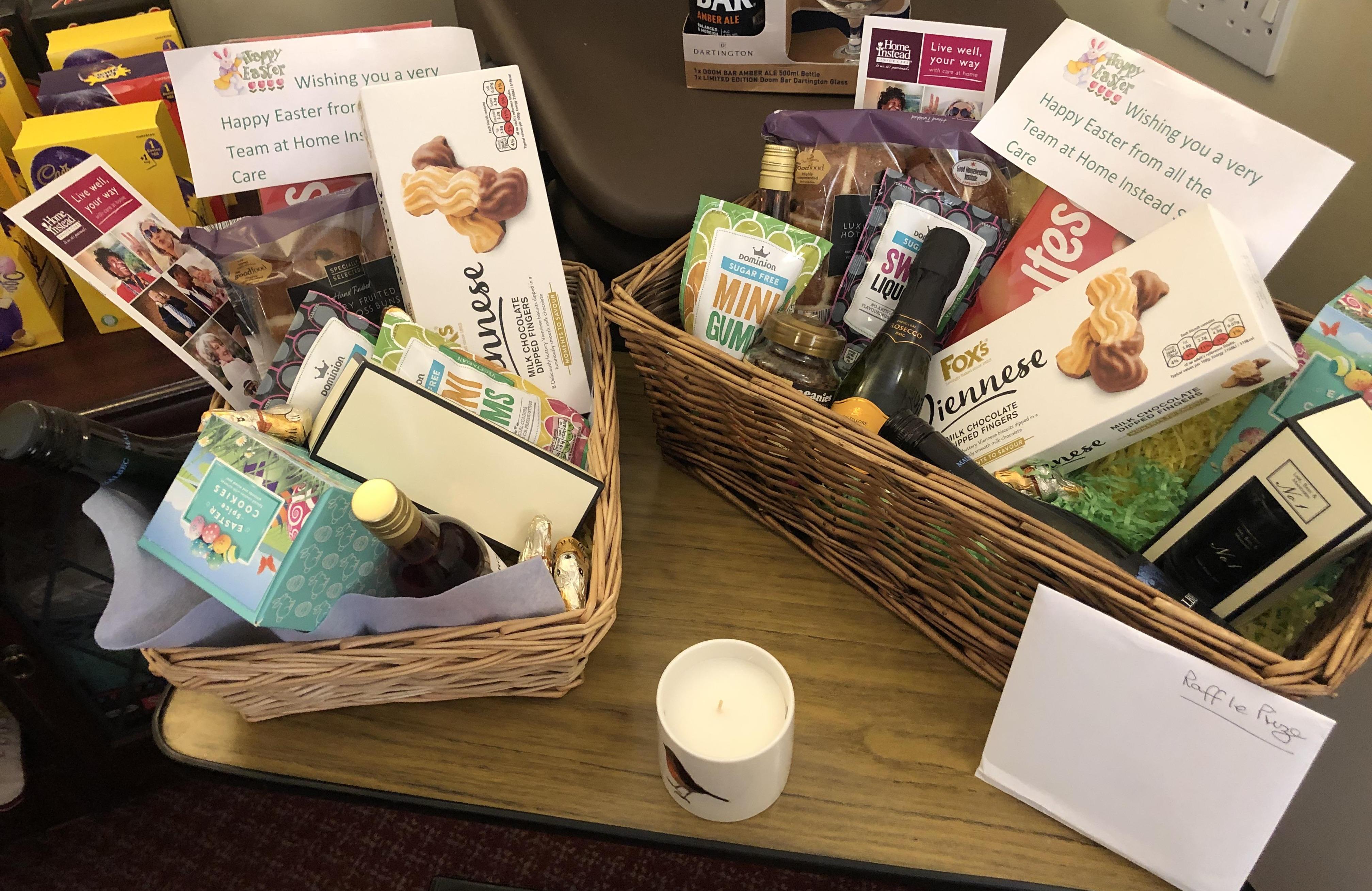