As we were recently celebrating the 75th anniversary of VE Day, we asked our clients at Home Instead Wrexham and Flintshire East if they could share their stories and experiences of the war with us and how they celebrated once the announcement came that victory had been secured in Europe.

Here is just a selection of some of the amazing stories that we heard:

When the war started, I was only 14 and at High School in Manchester so I was evacuated to a mill town in the Pennines. I have some wonderful memories of that time.

I was only there a few months before I returned to Manchester and witnessed the devastation caused by the German bombing.

At 17 all young people had to register to join one of the forces. I Volunteered for the Auxiliary Territorial Service (ATS).

After 6 weeks training in Pontefract I passed my tests for the Mechanical Engineers. However, there was a problem, I was 5ft 1 and a half inches tall, half an inch too short to be considered. They told me "you can't drive heavy trucks if you can't reach the pedals!".

Following that I was posted to a heavy gun site for ACKACK guns as a Predictor Operator for the Royal Artillery. My job was to predict where the gunners should fire at the German planes.

As the war progressed, ACKACK guns became less effective so I received a new posting. I joined the Royal Army Pay Corps, based in Radcliffe, North Manchester where I served in the India Wing, dealing with Rupees and Annis, to pay the soldiers serving in India.

We were waiting all day for Churchill to announce that the war was over.  I was at a Bonfire with some friends at Bellevue Park when we heard.  One of my make friends gave me a kiss as we said goodbye to go home and celebrate – I have never forgotten that moment!

We didn’t have a street party to celebrate however I did go dancing until late the next day – when I got home my sister had two of her friends sleeping over so all four of us had to squeeze into the same bed!

It was such a special time for everyone as we were so happy that the war had finally come to an end!

I cant remember if a neighbour told us the war was over, or we heard it on the radio but I do remember that we all ran outside to celebrate with our parents and the rest of the street.

The following day all the neighbours got together for a street party – anything that we had that was red, white or blue got used for bunting.  Everyone took their chairs and tables outside, and although we still had rationing, everyone contributed food and drink.

We listed to grammarphone records all day and danced – everyone was so happy that the war was over!

I studied childcare at college and I hoped that I would find a family and see some of the world but of course all my plans changed when the war came.

Instead I enlisted in the Women’s Auxiliary Air Force (WAAF).  After training, I became the Corporal in charge of the barracks ‘sick quarters’ dealing with minor injuries and ailments on the base.

It was during this time that I met my late husband Sidney, who was in the RAF.


Read more about our clients and see their wartime pictures on our Facebook page. 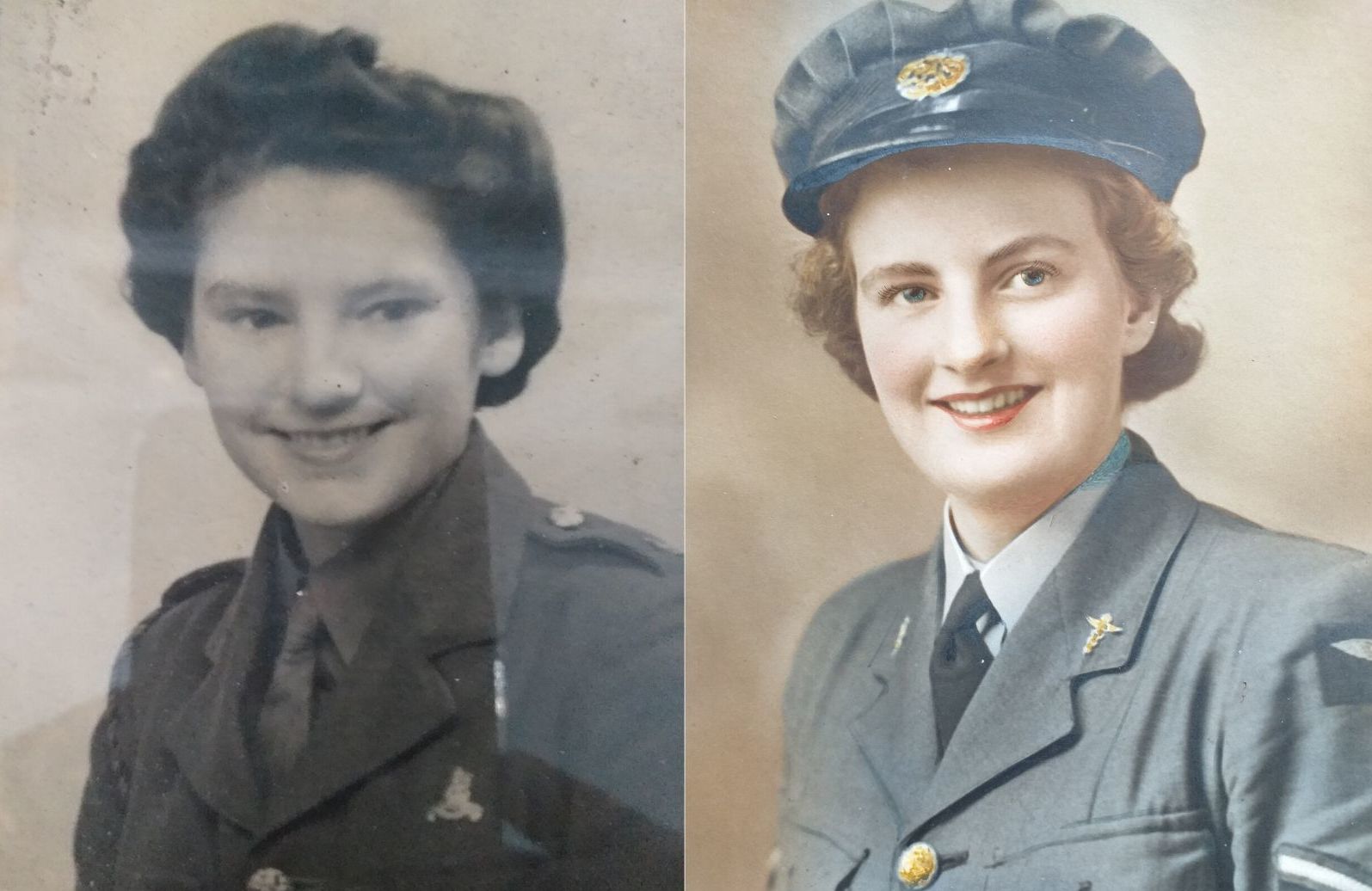