After what has been a challenging 18 months for all businesses, West Midland Reserve Forces & Cadets Association (RFCA) are very pleased to announce that 41 organisations in their region are confirmed as Employer Recognition Scheme (ERS) Silver Award winners for 2021. In addition a further nine employers have had their ERS Silver Awards from 2016 revalidated for their continued commitment.

This Ministry of Defence award recognises companies for their support to the Armed Forces community, including Reservists, veterans, spouses, Cadet Forces Adult Volunteers and cadets. Silver award holders must demonstrate a number of positive measures and policies in their organisations, which actively support members of the Armed Forces community.

That members of the forces community are not disadvantaged in their recruitment and selection process
That all positive policies relating to defence personnel are internally publicised
That they employ at least one individual from the armed forces category that their nomination emphasises
If required, that they have demonstrated support to Reservist mobilisations
That they align their values with their Armed Forces Covenant

West Midland RFCA would like to congratulate all of their region’s winners for 2021. The organisations cover all of the regions counties and come from a wide range of sectors including education providers, NHS Trusts, charities, local authorities and security firms.

This year’s winners broken down into counties are: 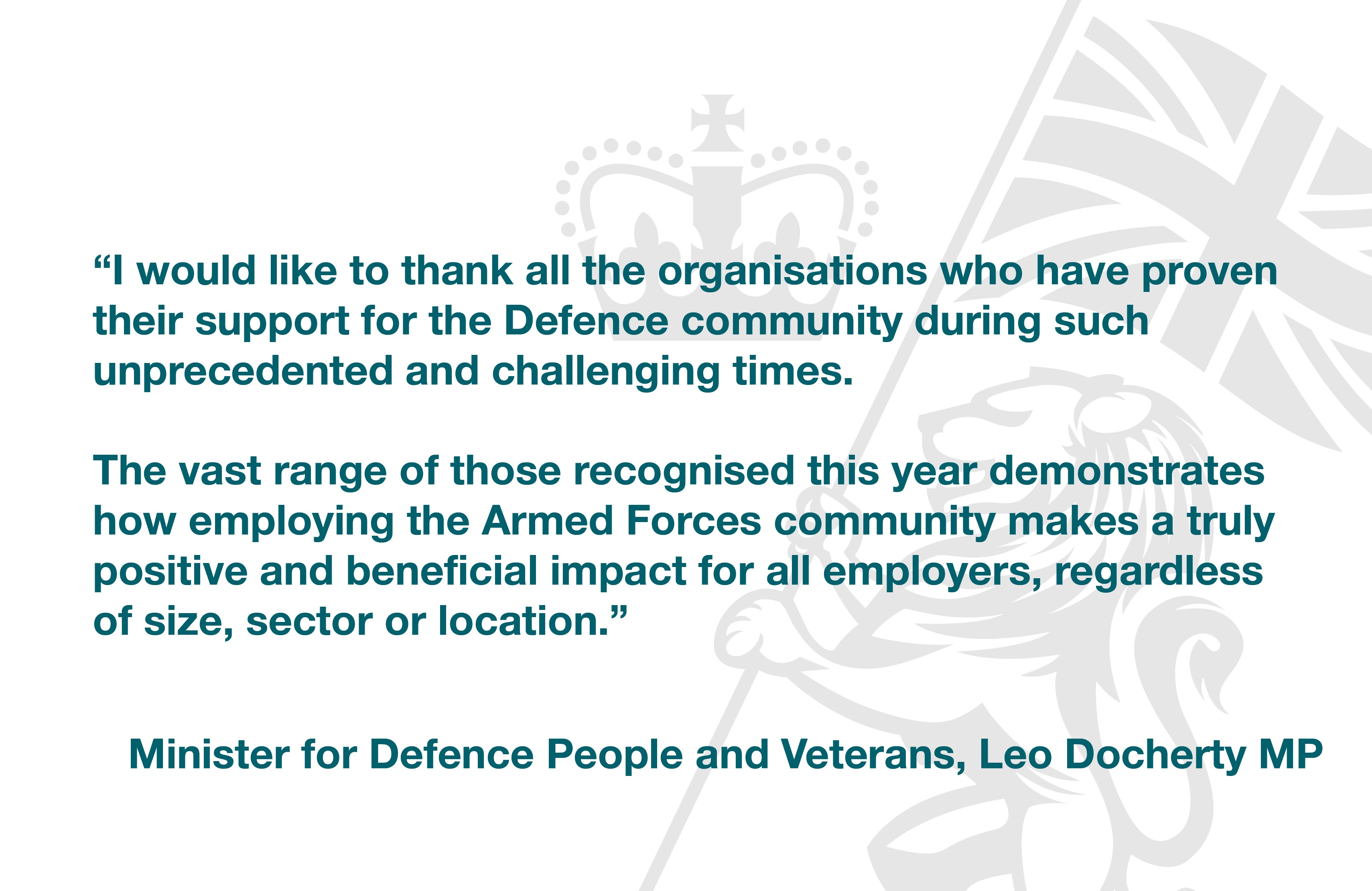