Did any of you catch one of our CAREGivers, Siân Dicker, on BBC Breakfast this morning? (March 9th).

Siân joined Louise Minchin and Dan Walker (virtually) on Breakfast’s famous red sofa to talk about how she has transitioned from being a professional opera singer to working for our Ruislip & Harrow office as a CAREGiver.

Choreographer and presenter Arlene Phillips was interviewed alongside Siân. She spoke of the tremendous care her father, who had been living with dementia, had received from adult social care and was keen to support the Department of Health & Social Care’s campaign to get people interested in working in the care sector.

She also spoke of the concerns of those who worked in theatres. She talked about people who had been out of work for a long period of time and how they were nervous about the future.

Siân spoke about how she had been sent some information on companies who were recruiting and that’s how she found out about the opportunity to work with us as a CAREGiver.

Siân absolutely loves her new role and spoke about the care she provides for six clients that she visits during a typical day with support ranging from the morning routine to housework and, most importantly, companionship.

She said “As opera singers the biggest part of what we do is about communicating with an audience and being able to make a difference within that experience.

“Within the care sector its basically exactly the same thing but just on a different scale. It’s really about the little differences we are able to make to someone’s day; the little bits of help we’re able to give them that have a huge impact on their quality of life, and that’s so rewarding.”

The news segment revealed that in 2020 there were 112,000 care vacancies in England.

Home Instead offices across the UK currently have vacancies for around 4,500 CAREGivers of which 500 are for live-in CAREGivers. 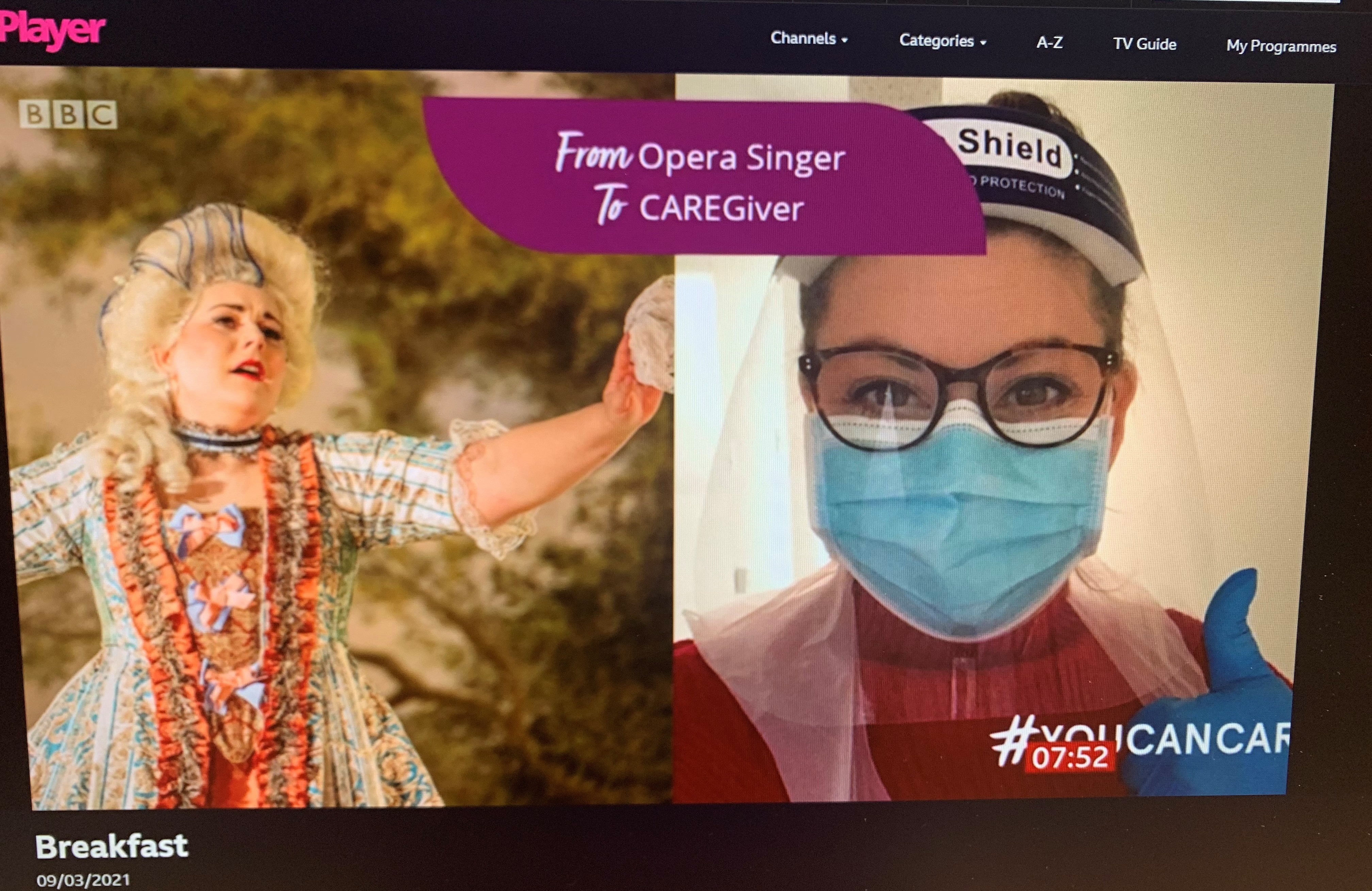