During Dementia Action Week 2019, we celebrated a milestone of creating 22,000 Dementia Friends across the UK.

The Dementia Friends initiative by Alzheimer’s Society aims to give people a better understanding of dementia and its Champions run awareness sessions to create ‘Dementia Friends’.

We have been working closely with Alzheimer’s Society to raise awareness of the importance of dementia care and were the main sponsor of its annual conference which saw more than 400 attendees.

Good Morning Britain presenter Richard, who chaired the annual conference, said: “As an Alzheimer’s Society supporter and Dementia Friend, it’s fantastic to see Home Instead reach this milestone. Raising awareness of dementia is so important so that we can improve the quality of life of people living with it. It is good to see that more people are openly talking about dementia now so we can look to a future where it is something you can live well with.”

Home Instead runs its own dedicated dementia training for its CAREGivers who look after older people at home. In the last year, more than 1,100 Home Instead CAREGivers have been trained in City & Guilds accredited dementia awareness.

Its recent campaign ‘Care About Dementia’ saw hundreds of its CAREGivers sharing tips and advice to help people care for a person with dementia.

“Now 2.9 million members strong, Home Instead will be helping to transform the way the nation thinks, acts and talks about the condition, tackling the lack of understanding that is resulting in such high rates of loneliness and social exclusion of people with dementia in society.”

Martin Jones, managing director at Home Instead said: “We’re really pleased to reach this milestone and it shows our true dedication to change the way people with dementia live their lives.

“What was clear from the recent Alzheimer’s Conference is that when people are diagnosed with dementia in this country, there feels like a lack of support and information available about how to live with it.

“At Home Instead our mission is to help people to live as well as possible with dementia and we’re here to help at what can be a difficult time for the person and their family.” 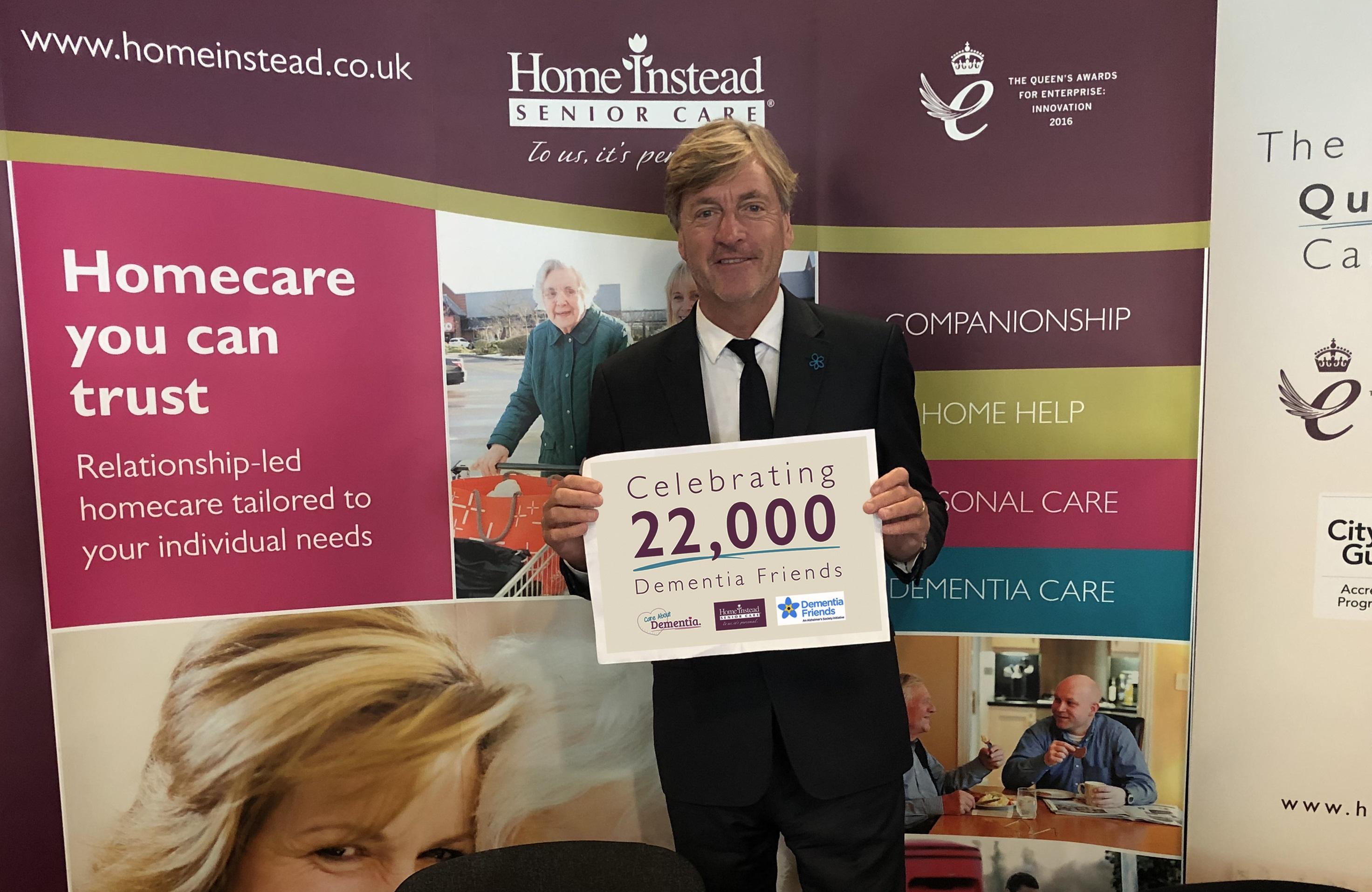