Home Instead is proud to support the launch of a poignant film highlighting loneliness by charity helpline The Silver Line.

The film, entitled ‘The Anniversary’ has been produced for the charity by film director, Phil Beastall, and movingly portrays the loneliness and pain of missing someone so much it hurts.

It shows a lady alone in her home recalling an anniversary gift brought for her by her husband. As she sits at a desk, she removes a framed photograph of her husband and then a photograph album dedicated to their wedding anniversaries.

At midnight she lights a candle and then looks through the album, ending at an empty page headed ‘50th anniversary – Renewing our vows’. She speaks the only words of the film through her tears: “Happy Anniversary my darling.”

The Silver Line is dedicated to providing support for older people living with loneliness and social isolation. Its helpline has received in excess of 2.5 million calls since it was established in 2013 and close to 1,500 people reach out to the helpline daily.

As a Trustee of The Silver Line, this is something close to the heart of Home Instead’s CEO Martin Jones who sees first-hand the impact the charity has on helping older people.

Martin said: “Loneliness amongst older people can have such a negative effect on health and wellbeing with research showing that it can be as harmful to our health as smoking 15 cigarettes a day.

“The Silver Line does fantastic work to help older lonely individuals, but we can all play our part in some way, whether it’s simply taking the time to have a chat with an older person or encouraging them to get involved in the community.

“Many people we support at Home Instead simply want company and conversation and recent research we carried out revealed that nine out of ten people thought regular companionship was important to help older people to stay mentally and physically healthier for longer.”

The release of the film in the run up to Christmas has been timed to maximise its fundraising potential with the charity hoping to bring in much-needed donations.

Donations can be made via the charity’s website www.thesilverline.org.uk/donate. 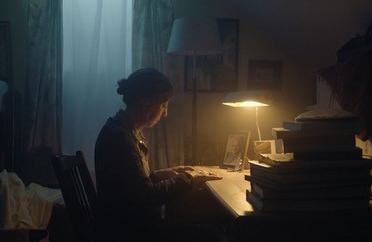