We are thrilled to report that Home Instead Stourbridge, Hagley and Halesowen, has been described as ‘absolutely fantastic’ and ‘one of the best companies to work for’ in a Care Quality Commission (CQC) report which has secured a highly coveted ‘outstanding’ rating.

Upon receiving the report, Lorna Bath, co-owner of Home Instead Stourbridge said, “This is only possible thanks to our superb team, who are totally dedicated to providing the best care to our elderly clients and their families.  We are incredibly proud of the team and are delighted that the report recognises their amazing work.”

Maggie Hannelly, CQC Head of Inspection for Adult Social Care in the central region, said: “Our inspection team was very impressed by the level of care and support offered by Home Instead Stourbridge.

“We were told of numerous examples where CAREGivers had ‘gone the extra mile’ to ensure people received high quality, person-centred care. They often went ‘above and beyond’ their expected job role.”

In one instance shared in the report, a client had been keen to make some new friends and socialise with people in the community.

In their own time, a CAREGiver researched a local bowls club and then arranged to bring the client to the club and help them engage in a new stimulating activity.

Maggie continued, saying, “We saw that links within the local community were excellent and the service had won a number of awards. There was an exceptional open and inclusive culture and positive relationships had been formed between CAREGivers and people using the service.

“CAREGivers knew people well and were kind and sensitive to their needs, ensuring client’s privacy and dignity was respected at all times. We also found that clients were supported to have maximum choice and control of their lives and were supported in the least restrictive way possible.

“All of this meant people received a high standard of care, which is why it has been rated Outstanding.”

Speaking about this achievement, Peter Bath said, “When we set up Home Instead, we wanted to give our community the choice of a different sort of care.  It’s not only about helping with basic needs.  It’s also about delivering what people really want, like supporting people with their hobbies and interests or getting out and about.  Our CAREGivers know this and they received some lovely feedback in this report.  One client said, ’Excellent they are. Can’t speak highly enough about any of them.  They will do anything for me and are so nice and caring in the way they do things’.”

Martin Jones, managing director of Home Instead said, “We would like to congratulate Lorna, Peter and the entire team at Home Instead Stourbridge for receiving their well-deserved outstanding rating.

“What is clearly evident is that the entire team goes the extra mile, not only in supporting their clients and CAREGivers, but with their innovative work helping older people out in the community. They really do deserve to be described as outstanding.” 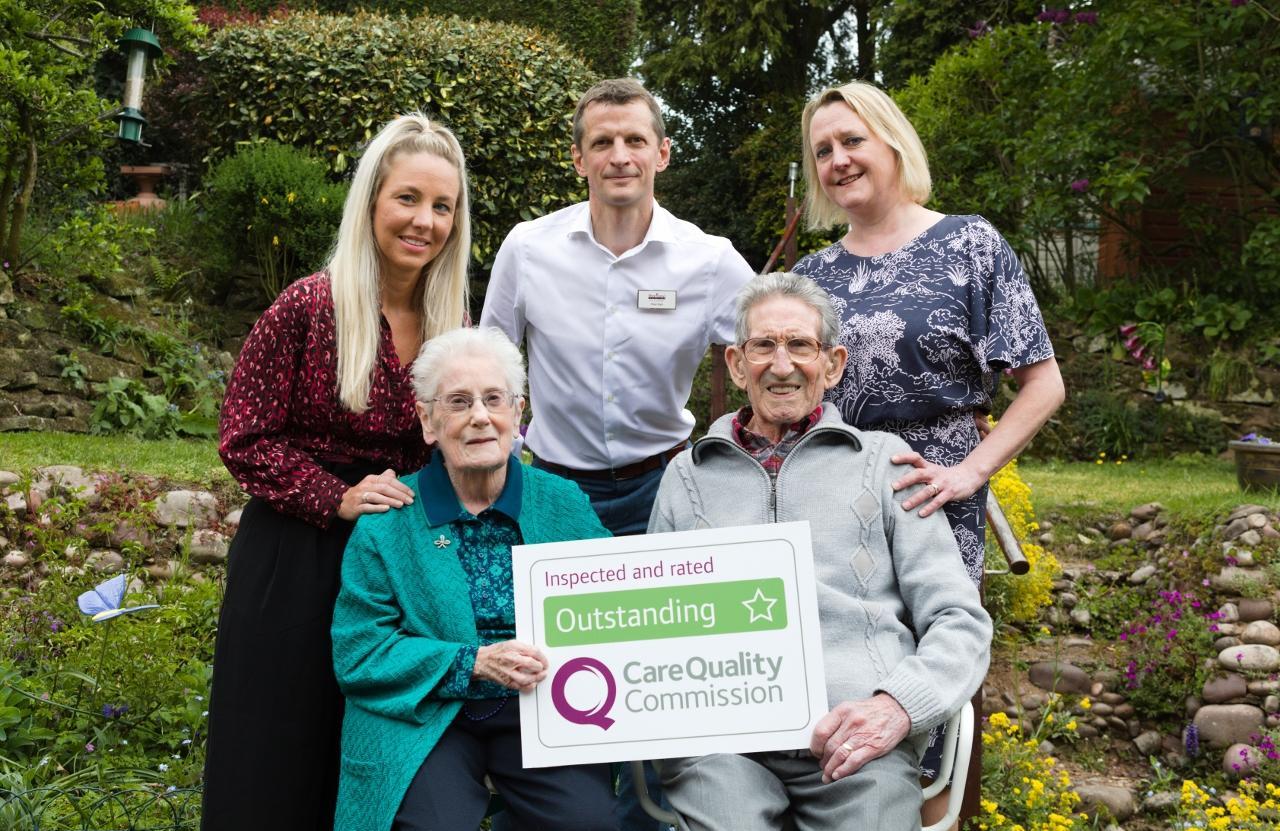