Home Instead Cleveland has been awarded the care industry’s most coveted award, in recognition of their work caring for the area’s older generation. The Care Quality Commission (CQC) described the home care service as ‘exceptionally caring’ and ‘exceptionally well-led’ in a report rating Home Instead as ‘Outstanding’.

The achievement is all the more impressive when you learn that just three percent of home care providers inspected in England have received the highest ‘outstanding’ rating from the independent care sector regulator.

The Cleveland office, based in Stockton-on-Tees, was set up in 2014 by former Stockton Rugby Club player, Gavin Morrigan, and his partner Michelle Fairless.

They caring duo were praised for their exceptional leadership throughout the report, by inspectors and staff alike. Staff told the CQC that they felt extremely valued as part of the team and one was quoted as saying “I will go out of my way for them as I know they do the same for me.”

In the report, one family member was quoted as saying “Their visits and help have enabled my family member to continue to have a really good quality of life and given us reassurance that he is in safe hands and still able to gain enjoyment from life even as his dementia progresses.”

Inspectors noted that ‘staff were very dedicated to improving people’s wellbeing and worked hard to enhance their lives,’ documenting numerous instances where members of the Home Instead team had gone above and beyond the call of duty to do just that.

One CAREGiver went out of their way to collect and deliver a particular newspaper to a client every morning. Another supported a person to fulfil the lifelong wish of writing her life story. They described their Home Instead role by saying “The joy it brought her also spread to me and it was such a wonderful thing to be a part of.”

One client was quoted as saying “I have total confidence in them.” Another shared “I cannot fault them in any way. Besides them looking after my interests they are very encouraging and cheerful. They come in smiling and I end up smiling!”

Gavin and Michelle are no strangers to receiving honours for their work. Home Instead Cleveland has previously won a Community Minded Business Award from the Police and Crime Commissioner of Cleveland. They also received the award for Outstanding Contribution to the Borough of Stockton-on-Tees at the Mayor’s Service to the Community Business Awards.

Commenting on the outstanding rating, Gavin Morrigan said, “We are delighted with this latest achievement as so few companies have been awarded an outstanding rating. Michelle and I are immensely proud of what the team has achieved.

“Reading the report, with its many positive comments, is humbling. We all love what we do and are committed to bringing peace of mind to our clients and their families.”

The Outstanding Rating CQC report can be viewed here. 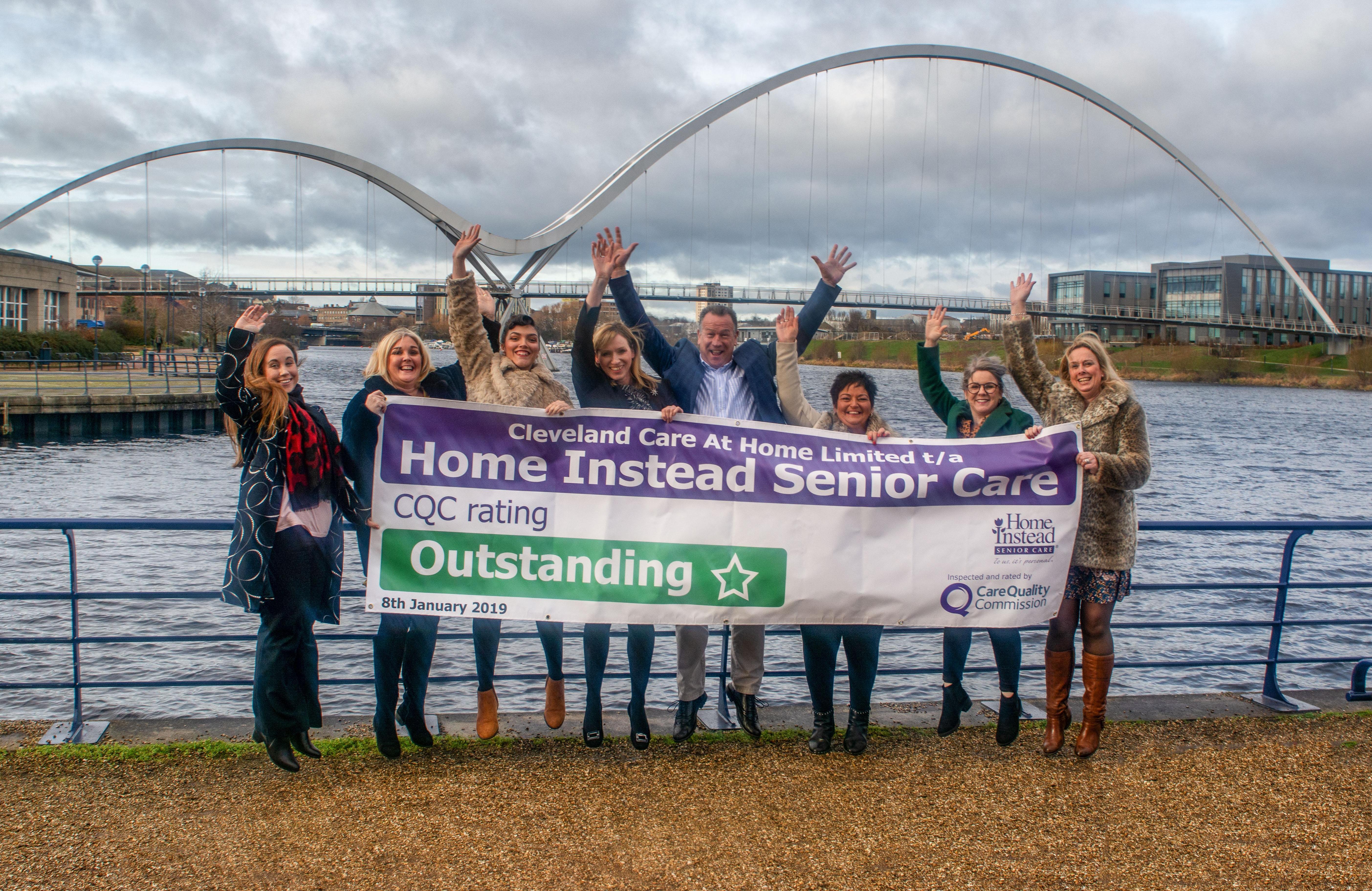