When Home Instead client Cyril said he would like to celebrate his 100th birthday by going to see elephants in Africa, we gifted him the next best thing – a trip to Colchester Zoo, which included a special treat of feeding the elephants.

On Cyril’s 100th Birthday, Chris Lye, owner of Home Instead Ipswich, and Kirsty, his CAREGiver, visited him at his home in Suffolk, where they presented him with flowers and the exciting news that he was going to the zoo.

Cyril was joined for the sunny day at the zoo with his daughter, Sylvia, and Kirsty. As well as being able to feed the elephants with a zoo keeper, they were also lucky enough to see all of the sights at the zoo, including penguins, monkeys and lions.

Kirsty, Cyril’s CAREGiver, said: “It was so nice to see how much Cyril enjoyed his 100th birthday trip to the zoo, and being so close to the elephants really was the icing on the cake. We had a fabulous time, and it was a day to remember.”

Chris commented on Cyril’s milestone: “Cyril is an inspiration, as he is very independent and has a wonderful outlook on life. I am delighted that after nine years we can still continue to support Cyril in the same community he has known for so many years.

“It was so special to be able to celebrate his 100th birthday with him and see his birthday card from the Queen. He is ever so thankful for the trip to the zoo, and feeding the elephants made it all that extra special. We would like to thank Colchester Zoo for helping us make his wish a reality.” 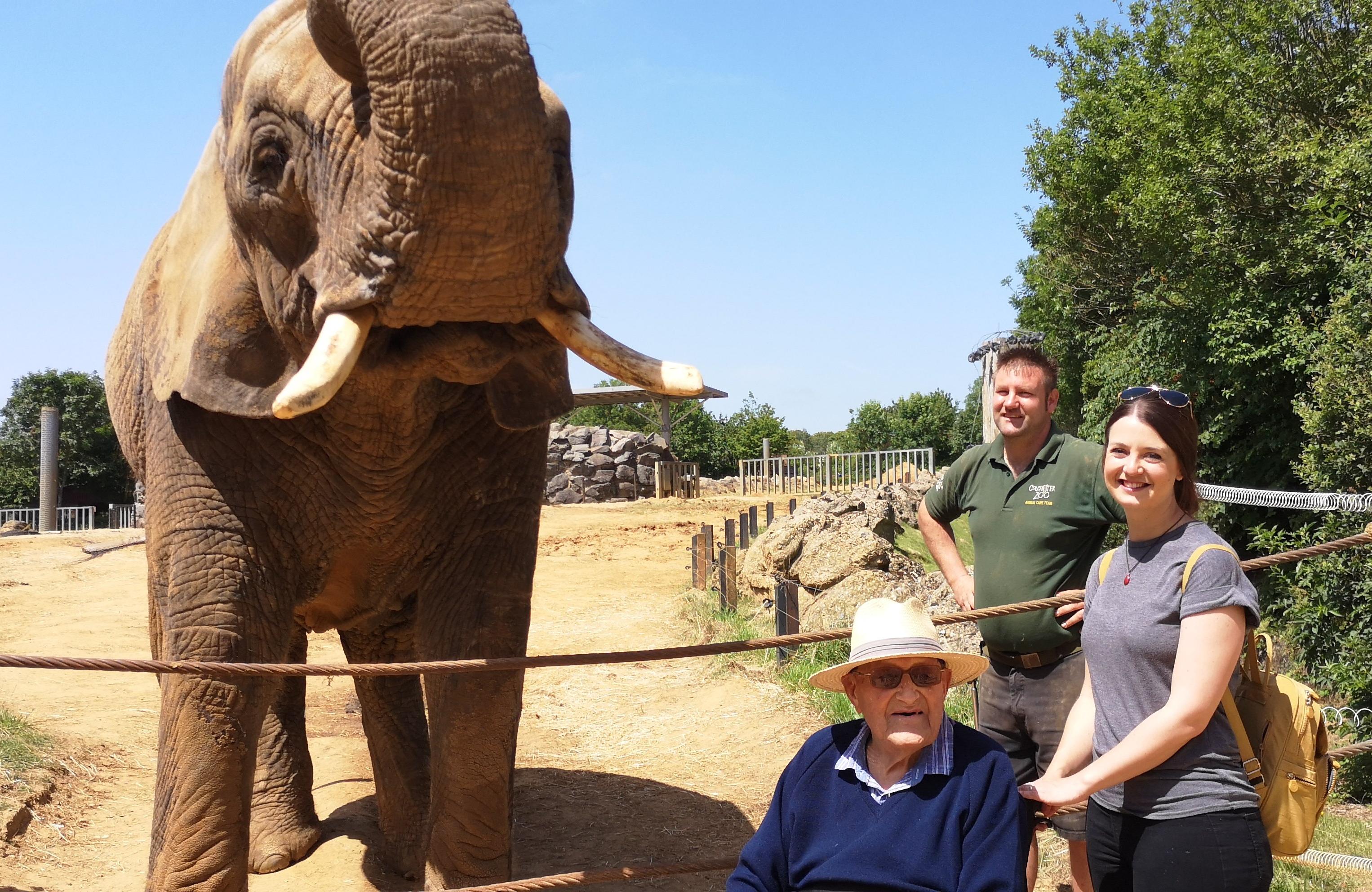