Parkinson's: Symptoms and how it affects everyday life | Brighton, Hove and Shoreham

Parkinson's: How does it affect everyday life?

Home Instead and Parkinson’s UK recently partnered up to create a bespoke training programme for Home Instead CAREGivers, which ensures they have the knowledge and skills to provide essential care to those living with Parkinson’s. Our Senior CAREGiver, Rachel, who assists Home Instead’s more complex Clients, shares her experience working with Parkinson’s Clients and how we can help them to live safely and comfortably in their own homes:

How would you describe Parkinson’s and how does it affect the body?

Parkinson’s is a neurological condition which occurs when someone’s brain stops making as much dopamine as it needs, this then affects the brain and the messages it sends to the rest of the body. Some of the common symptoms of Parkinson’s include problems with mobility often resulting in them ‘freezing’, tremoring, swallowing, sleep, bowels and their mood. It’s a really complex condition because people with Parkinson’s do not always have the same symptoms. There are some common traits but everyone is different. Often people do tremor if they have Parkinson’s but there are many who don’t.

How is Parkinson’s controlled?

Unfortunately, there is no cure for Parkinson’s but it can be helped with medication to try and alter the levels of dopamine in the brain. It’s really important for people with Parkinson’s to stick to a routine when taking the medication because the appropriate levels of dopamine are being reintroduced to the body. The medication timings are very precise and it has to be taken at certain regular times of the day. Someone with progressive Parkinson’s will usually have theirs approximately four times a day at particular intervals. You can usually tell if someone hasn't taken their medication at the time it’s set because later on in the day, their ability to carry out tasks they can usually manage will be reduced.

There is no definitive answer as to what causes Parkinson’s as it could be a number of things. There is also a more generic term called Parkinsonism where people have behaviours which are similar to Parkinson’s, but not necessarily a classic Parkinson’s diagnosis.

Home Instead had a Client who had PSP which was a very unique form of Parkinson’s and it had a great impact on their balance and they fell regularly. Vascular Parkinsonism develops when there is a restricted blood supply to the brain and this can be due to a stroke. In many cases, this is a type of Parkinson’s which progresses.

There is also drug induced Parkinsonism which can develop after the use of antipsychotic drugs, however if the person withdraws the drugs, it doesn’t progress and the symptoms should go away.

What is the challenge for carers?

The challenge for us as carers is that you can’t look at a Client and say, “this is Parkinson’s and this is how we deal with it” because each person is affected differently and circumstances can change in a week or even a day. In terms of mobility, they are often much worse in the evenings because they are tired and they have to work so hard to try and control their own limbs. It can be really exhausting for them.

Sometimes you can visit a Client with Parkinson’s in the morning and their mobility can be quite good but in the evening when their last dose of medication is due, they can be tired, their mobility can be very slow and they might need much more assistance with activities than at other times of the day.

Parkinson’s can have some impact on memory but it’s main impact is on the body rather than the mind and because sufferers can’t do what they want to do it can be really frustrating for them.

Quite often people with Parkinson’s can be feeling all sorts of emotions. They can have a frozen expression which is a symptom of the disease, so it’s often difficult to read what they feel or need. They can say things but it often doesn’t match the expression they are showing. As a CAREGiver, it can be difficult to identify and prioritise a client’s needs as we are so used to reading non-verbal clues so it can be a challenge when they are not there.

Can you think of a time when you have helped someone with Parkinson’s? How did it affect their lives?

We had a Client who was recently bereaved and wanted to remain at home. We were going in four times a day to support this Client, which gave them the time to live independently whilst going through the grieving process. We were there to help with showering, breakfast, medication, mobilising round the flat and emotional support. We prepared all meals and managed domestic tasks (which they could no longer do).

We gave the Client more confidence and this allowed them to have more independence. Our visits helped the Client and gave them the motivation to keep going.

When a client with Parkinson's disease freezes, you have to find the trigger which makes things easier for an individual person, such as singing, or counting. Many people with Parkinson’s find it difficult to go through doorways as they see changes which aren't necessarily there. A common thing for them to do is freeze in or before the doorway. It could be due to the different floor surface of the next room or lighting but it’s common for them to slow down or assess the entry when coming to a doorway. I don’t know quite what they are seeing, but I try to help clients as much as possible if we need to move through their house or flat.

One lady I used to support had this problem and I would say “growl at your feet and get annoyed!”, she would and she would laugh which relaxed her, so it helped her get through the doorway to the other room. This helped maintain her mobility a lot more.

How are Home Instead CAREGivers trained to help people with Parkinson’s?

Any CAREGiver that is working with someone who has Parkinson’s will be introduced in shadowing shifts, where they go and watch someone who is familiar with that Client carry out tasks to see how the visit runs. The care plan for Clients with Parkinson’s is very detailed and heavy so a CAREGiver will read that before they go and see them. Many will also have specific Parkinson’s training.

Sometimes we work and liaise with outside agencies as some people require that extra help. For example, if someone with Parkinson’s has difficulty with their speech, we have a speech and language therapist to come and assist with that. Some have a specialist Parkinson’s nurse which is a really great resource because so much of Parkinson’s is getting the medication right and as people progress they might need different levels of medication. A Parkinson’s nurse will try to get things back on an even keel by adjusting medication levels or adding additional ones. Occupational therapists are another big resource for people with Parkinson’s as they might need more aids around the house.

At Home Instead Brighton, Hove and Shoreham, we accompany many families through the ageing journey to ensure loved ones continue living independently and maintain a healthy, happy lifestyle. We listen, respond and tailor our services to your needs. If you would like to speak to someone at Home Instead Brighton, Hove and Shoreham please don’t hesitate to get in touch - you can call Liz on 01273 284090 or email [email protected]. 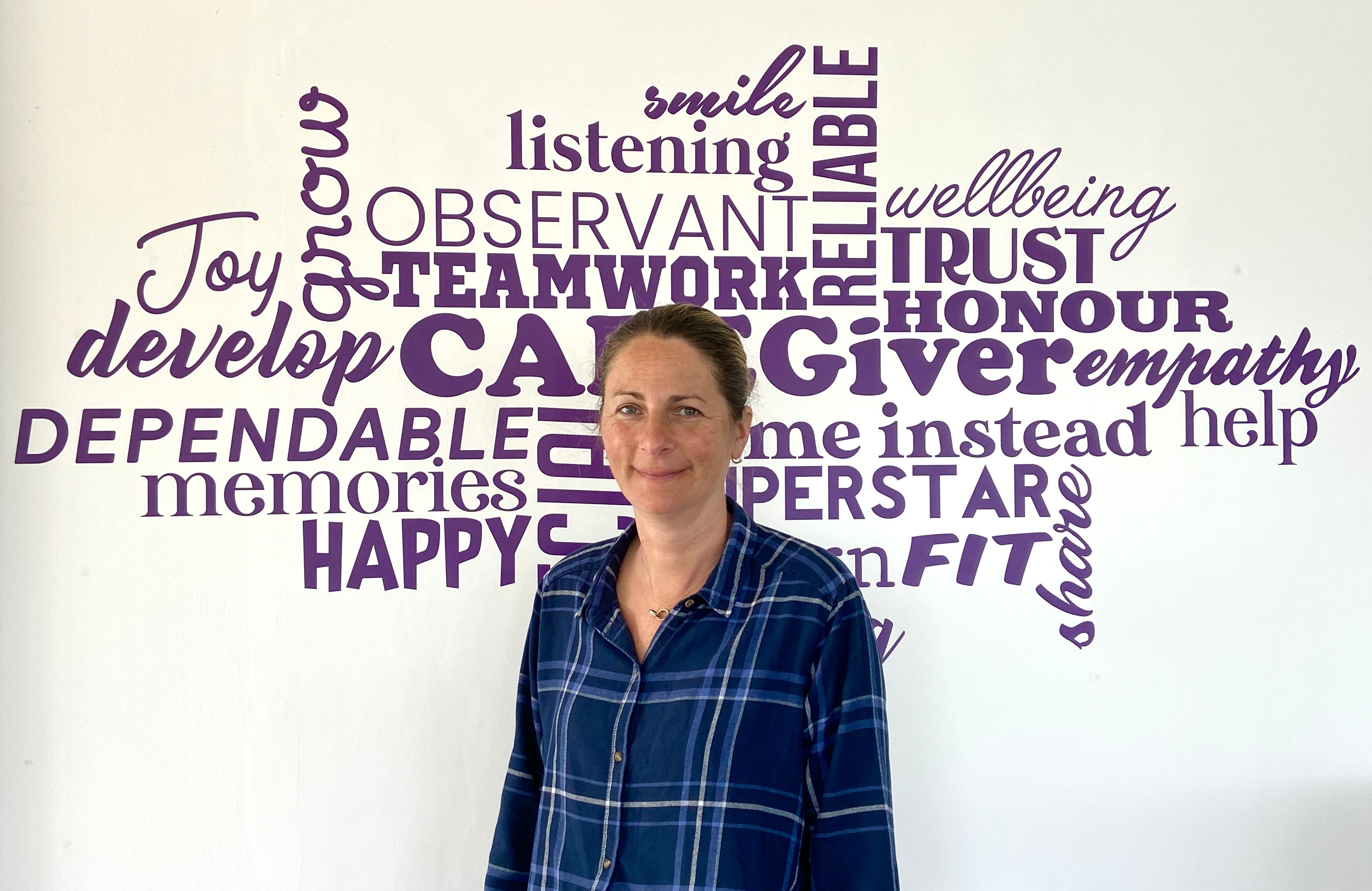